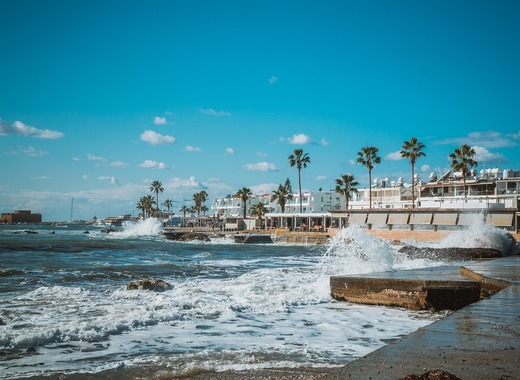 With Cyprus on the verge of greenlighting the start of its tourist season, cities across the island are busy preparing themselves for a summer unlike any other. The city of Paphos, which prides itself for being the number one destination for domestic tourists is also gearing up to attract as many customers as possible, after hotels and airports are allowed to reopen after 9 June.

This year’s competition will be fiercer than usual – with perhaps fewer tourists to go around and with them looking for different benefits – such as healthcare and health security at their preferred locations, municipalities across Cyprus are eagerly preparing to put their best side forward.

A domestic tourism champion’s approach to the summer reboot

Overall, Cyprus received 4 million tourists over the course of 2019, generating a total of 2.6 billion euros in revenue. This year’s expectations are far lower. Should at least 30% of those numbers be retained, authorities and businesses should be counting themselves lucky.

Which is why Paphos’s local authorities are doubling down on attracting domestic tourists. In the past, the city has been the number one choice for Cypriots – not only for their weekend getaways but also for longer week-long vacations.

Preparations by local authorities are already underway, as they are waiting for the country’s government and airlines and other businesses to provide the final details and regulations to which they must adapt. Nonetheless, currently, the hopes of the Paphos administration is to be able to extend the tourism season for next year in order to recoup their losses – namely by adding March and November to the months of active holiday-making.

Tourism is one of the most important aspects of the Cypriot economy, which is why the country’s government has been eager to provide as many details, as fast as possible to all relevant stakeholders. Furthermore, authorities have been engaged in various international talks that would allow for an easier tourist flow to the island, thereby bolstering all its connected sectors.