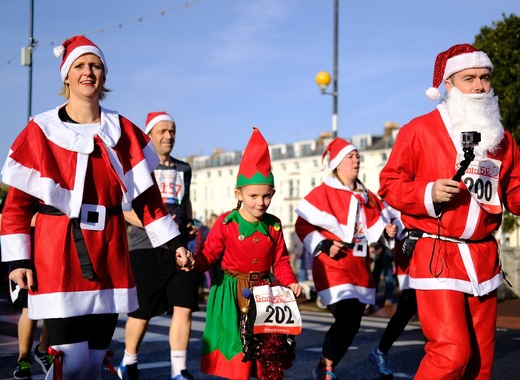 The Cypriot Municipality of Paphos is offering all interested local charities and non-profits a free space at the bazaar to sell their goods as part of the annual Santa Run.

This event is supported by Paphos municipality and for all those who are interested in taking part in the charity bazaar, it won’t cost anything.  They will be able to sell items, such as sweets, cards and other items, and to raise funds for their individual charities.

Entertainment with dancing and Christmas songs for children and adults

The municipality will give Santa hats for free to all who are participating in the event on Sunday, 15 December. Participants will gather at Paphos Town Hall at 10.30 am. There they will find an organized entertainment programme featuring dancing and Christmas songs. After that, participants will take part in a short walk which will lead them to Kennedy Square where numerous activities will await all children.

The planned entertainment for children and adults at Kennedy square includes: a football game, face-painting, a magician, balloons, hot dogs, mulled wine, a bouncy castle, a gyroscope and many others. Children will also be able to create and decorate their own Christmas cards.

In 2018 around 500 adults and children took part in the event, this year organisers are hoping that around 600 will participate. A number of charities will set up their stalls at Kennedy Square and will be raising money for their individual causes by selling all sorts of items.

The participating charities subscribed up to now include the Margarita Liasidou foundation, the autism association, the association against domestic abuse, Europa Donna, the drug rehabilitation association, the Rotary Club, the Lions and the anti-domestic violence charity.

Charities wanting to participate in Santa Run must get in touch with the Municipality, as places are still available for free. To book a space or for more information about the space, call 26822854