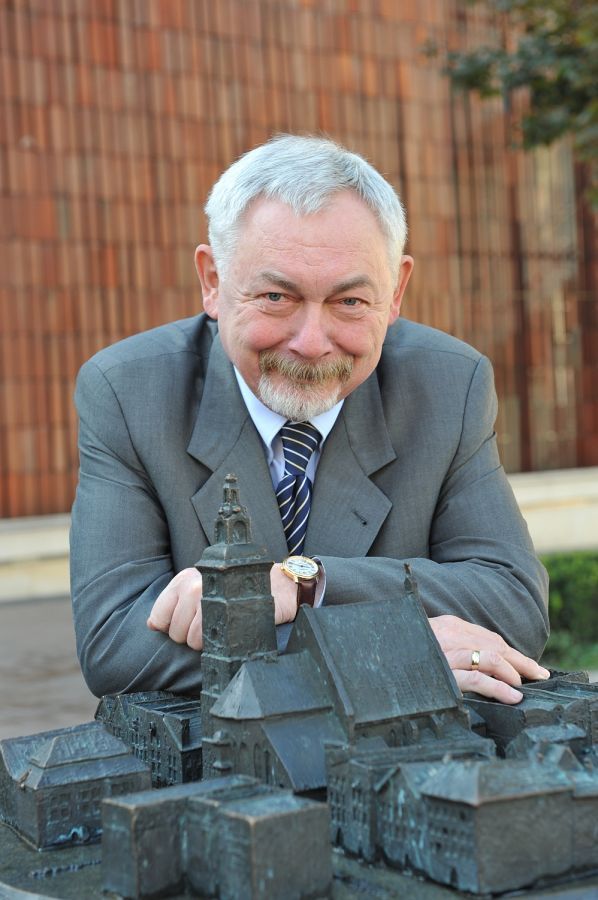 Jacek Majchrowski has been the Mayor (President) of Krakow since 2002. As of 4 November 2018, he is serving his 5th term.

Lawyer, professor at the Jagiellonian University, he is an expert on the Second Polish Republic. He was deputy chairman of the State Tribunal (in 2001–2005) and until November 2011 a judge at the State Tribunal.

Jacek Majchrowski was born on January 13, 1947 in Sosnowiec. He intertwined his life with that of Krakow and his work with the Jagiellonian University. In 1974 he obtained a doctoral degree at the Faculty of Law and Administration and in 1988, as one of the youngest in the history of the Jagiellonian University, obtained the title of associate professor of legal sciences. Between 1987–1993 he was the dean of the Faculty of Law and Administration.

As the Kraków province governor in the years 1996–1997 he contributed to the creation of the Special Economic Zone in Krakow. He saved the STU Theatre from liquidation and led to the transportation of the graves of Soviet soldiers buried in the Planty Park in Kraków, near the Barbican, to the Rakowicki cemetery. His actions ended a boiling conflict in the city.

Prof. Majchrowski has an honorary doctorate of the Pedagogical University of Kraków and the University of Bordeaux, is an honorary citizen of the city of Sosnowiec, a bachelor of the Order of the Legion of Honor of the French Republic (since October 2013).

Married, he has two sons, grandson and a granddaughter.