Porto slashes costs of utilities in bid to support businesses

Some 60% of non-domestic customers will no longer have to pay for waste management, water supply and sanitation services during the crisis 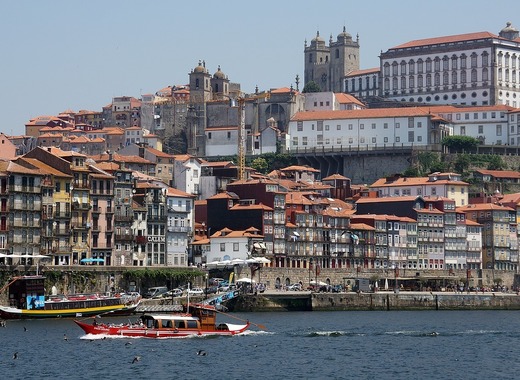 Earlier last week, the City Council of the Portuguese city of Porto approved a new batch of social measures aimed at protecting the local population and local businesses from the adverse effects of the economic crisis caused by the coronavirus pandemic.

With many businesses either shutting down or being forced to reduce their production capacities and capabilities, which in turn leads to massive layoffs, local authorities around Portugal and the whole of Europe have been implementing more and more measures aimed at keeping them afloat and preventing them from firing their employees.

A slate of new measures

Through a unanimous decision, reached via a teleconference, in order to respect social distancing rules, the City Council of Porto adopted new measures aimed at protecting locals and businesses.

Most notable is the slashing of costs of utilities like municipal waste management, water supply and sanitation services for large number non-domestic users and customers. Some 60% of them will be able to benefit from this new scheme, according to the municipality.

Alongside this measure, the local government approved new conditions for the settling of debt for domestic and non-domestic customers. To that end, the municipality has reached an agreement with two municipal companies, namely Aguas do Porto and Porto Ambiente for the amounts of 400 thousand euros and 700 thousand euros, respectively.

Some members of the City Council, however, believe that the measures do not go far enough, claiming that the granting of extra funding to Aguas do Porto, one of the municipal companies with the best financial outlooks, is a waste and the money could have been used elsewhere and served a better goal.

Nonetheless, these actions taken by the Porto City Council at the very least could serve as an excellent stepping stone for the implementation of further social measures.