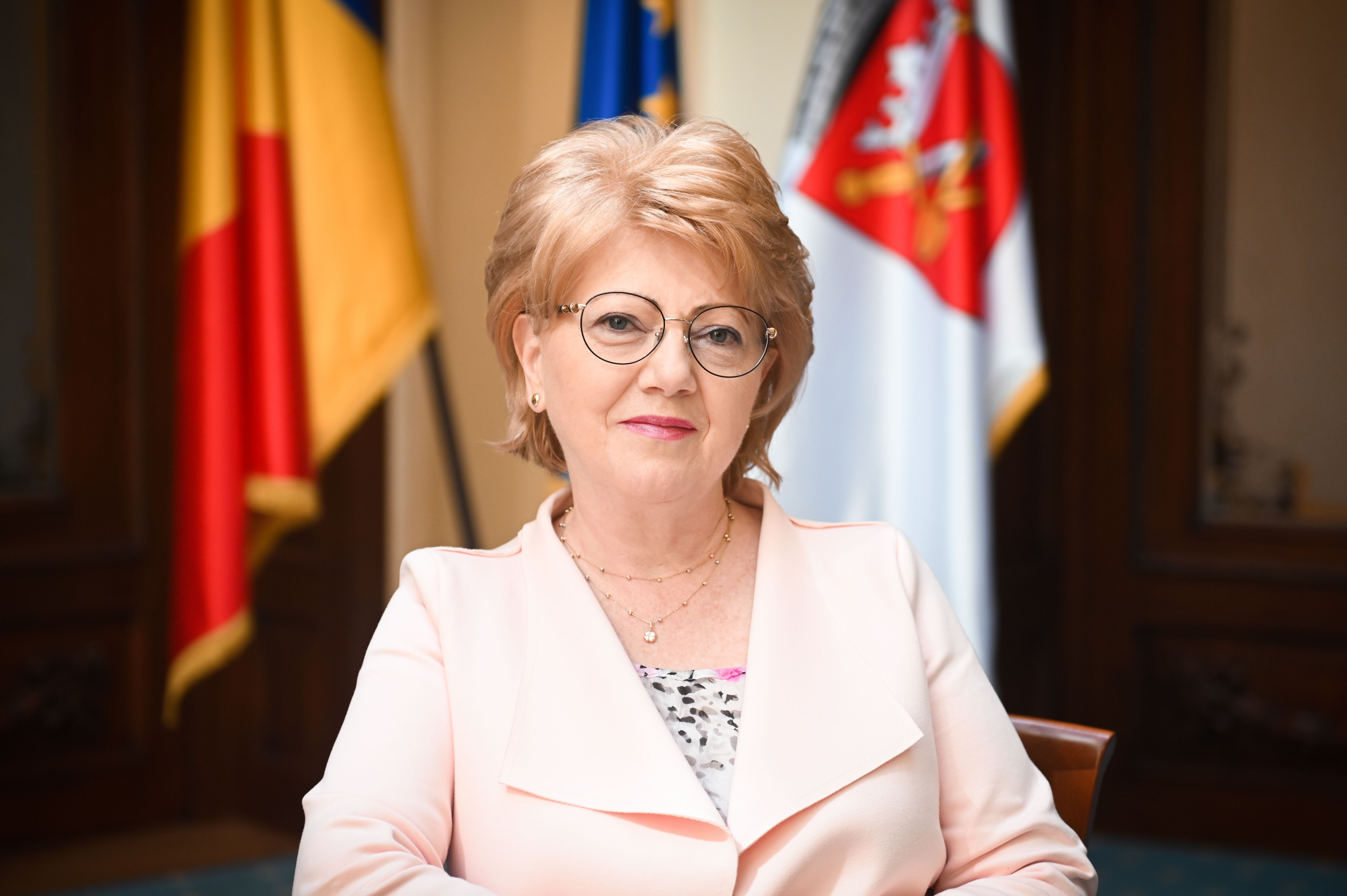 Mayor Fodor first worked as a legal adviser, then as an economist and then she was the head of the commercial and financial departments in various large local enterprises and institutions.

Between 2008 and 2016, Mrs. Fodor was the deputy mayor of the city of Sibiu, leading the financial and economic sector of the City Administration and several other public services.

Between December 2014 and June 2016, she was acting mayor after the position was vacated by the now President of Romania, His Excellency, Mr. Klaus Werner Iohannis. In June 2016, Mrs. Astrid Fodor was elected Mayor of the city of Sibiu and reconfirmed in the elections held in September 2020.

From a political point of view, Mayor Astrid Fodor is the local representative of the Democratic Forum of Germans in Romania, an organization which represents the German minority in a multi-ethnic Sibiu who invested this organization with the trust to run the city administration since the year 2000.