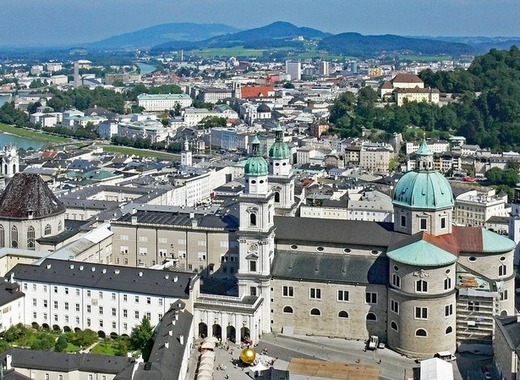 The mayor of Salzburg, Harald Preuner, is taking matters into his own hands when it comes to single-day tourists coming to the old town part of the city. “Enough!” he proclaimed, answering the concerns of locals that the tourist influx is overwhelming both the citizens and the infrastructure in the area.

Here are the numbers – in 2018, 29.3 million tourists visited Salzburg. Of those almost 30 million people, 6.5 million have stayed in the city for less than a day. The mayor of the city wants to remedy that. He wants the Salzburg Tourist Board to promote longer stays rather than day-tripping. To achieve that he envisions for the private transport companies to cut the amount of buses they provide and for certain parts of the Old Town to become restricted – for the sake of their inhabitants.

The tour guides in the city are also on the brink. The number of incoming tourists is overwhelming them as they are unable to cope with the large number of big groups arriving daily. The problem is further exacerbated by the fact that single-day tourists never venture off the beaten track, always converging in the most famous spots in Salzburg, thus creating overcrowded chokepoints.

Harald Preuner has promised improvements to the tourism infrastructure outside of the Old Town and the promotion of less known attractions which might be of interest to everyone coming to the city for an extended period of time.