The repeat of the campaign will take place in December 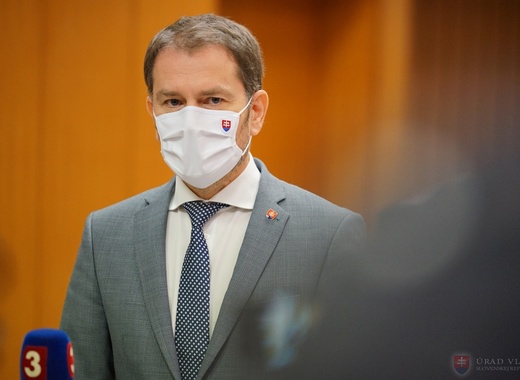 Following the unprecedented success of the first-ever nationwide testing campaign in Europe, which has been underway for the past few weeks in Slovakia, authorities have announced that they will be conducing a 2nd round of the whole ordeal come December.

Cheaper, faster and safer than a lockdown

Just a few weeks ago, Slovakia embarked on Europe’s first nation-wide testing campaign. Despite the initial struggles and controversies, central authorities, working alongside healthcare experts and professionals, security forces and local governments managed to pull it off. Over the course of a couple of weekends, nearly the entire population of Slovakia was tested for COVID-19, with the last round of testing in some 450 villages to take place over the next few days.

The results were spectacular. Around 1% of the country’s population tested positive which allowed authorities to quickly trace and isolate the cases, giving the entirety of Slovakia plenty of room to manoeuvre and its citizens the chance to return to lives that at least partially resemble normality. The success of the initiative was even recognized by neighbouring states like Austria that decided to undertake a similar initiative in mid-December.

According to Slovak Prime Minister Igor Matovic, the testing campaign was not only an excellent tool to get a good overview of the situation but it was also more efficient in reducing cases and far less painful for people and the economy than the imposition of a lockdown. Thus, the government is now getting ready to perform its 2nd nationwide campaign in December in order to prevent the disease from once again getting out of hand.

This decision to repeat the initiative will give Slovaks an opportunity to enjoy the Christmas holiday in normal-like circumstances – something that could prove difficult to achieve for other countries as they struggle to get the virus under control.