Standing out – Denmark’s approach to dealing with the coronavirus pandemic 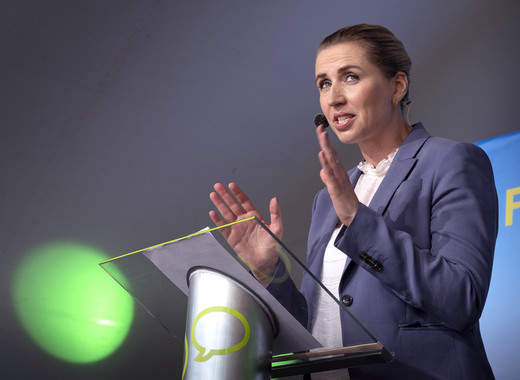 Denmark’s approach to dealing with the coronavirus pandemic can best be summarized by saying “Act fast and act with force”. The Danish government was among the first to declare a national lockdown and to close down its borders – following in the footsteps of Italy, the country that was hardest hit by the outbreak of the disease.

Basics of the approach

The country’s approach differs greatly from the one of its neighbour to the northwest – Sweden, where there are currently pretty much no measures imposed on public life. Denmark has banned large public gatherings, has closed down all unnecessary venues across its cities and is heavily discouraging the use of public transport and all manners of travel unless they are absolutely essential.

Furthermore, municipalities across the country have found a safe and productive way to keep investment flowing – by significantly improving their own cycling paths. On the one hand that helps keep construction companies and workers afloat, and on the other it provides citizens with a safer and healthier mode of travel, compared to using the public transport network.

Schools and universities have been shut down and air travel has been severely restricted – but while that has pretty much become the new normal across the continent, Denmark was among the first to introduce such restrictions.

Yet the thing that stands out the most is the zeal with which the Danish government has developed and pursued its brand-new economic policy that aims to keep citizens employed and safe during the pandemic.

The economic measures in force in Denmark are some of the most generous and radical not only in Europe but in the entire world – and should serve as an example towards which government should strive.

The main pillar of Denmark’s new policy is the prevention of layoffs. For the first time in the country’s history, the government will not be relying on unemployment benefits to tackle unemployment – rather it will be paying employers directly to keep workers on the payroll even though they are not working.

How? The Danish government will be paying up to 90% of all salaries of the country’s workers over the next few months. The total expenditures amount to spending 13% of the country’s GDP over the course of barely 3 months.

The programme is set to last until the end of June and its main goal is to keep as many people as possible employed – thus guaranteeing that they will be able to pay for necessities and stay at home in order to prevent the spread of the disease.

And that is precisely the overarching goal of the Danish government’s strategy. The payment of such vast amounts of money to people who are in essence not actually contributing to the economy aims to prevent the collapse of the country’s healthcare system by keeping them at home, safely isolated. And even despite their best efforts, Denmark is still experiencing a wave of layoffs that are forcing citizens to rely on unemployment benefits.

By developing one of the most radical and ambitious economic programmes in the world, Denmark is making great strides in social security and serves as an example to other, more restrained states. Yet whether this approach can last and whether it will work in the end, still remains to be seen.