Stockholm gets rid of coal for district heating 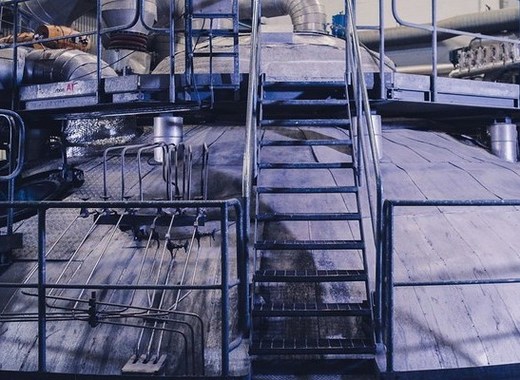 Operations at the coal-fired cogeneration plant KVV6 at Värtaverket, which has supplied heat and electricity to Stockholmers since 1989, ground to a halt on 16 April. This event made no ripples in the coronavirus-dominated media mix, but it was worth mentioning. Now that the last remaining facility of this type in Sweden’s capital has been shut down, the city's has come much closer to its ambitious target of being fossil fuel-free by 2040.

Even before the onset of winter, district heating provider Stockholm Exergi closed one of the two boilers in the KVV6 CHP plant and the other was maintained as a reserve. Thanks to the mild winter, it came to no use, allowing the entire plant to be closed for good.

“Today we know that we must stop using all fossil fuels, therefore the coal needs to be phased out and we do so several years before the original plan… Since Stockholm was almost totally fossil-dependent 30-40 years ago, we have made enormous changes and now we are taking the step away from carbon dependence and continuing the journey towards an energy system entirely based on renewable and recycled energy,” says Anders Egelrud, CEO of Stockholm Exergi, quoted by the company website.

The fact that the coal is now being phased out of the city's district heating system will greatly benefit Stockholm's climate efforts by substantially reducing CO2 emissions. The closure of the KVV6 plant means that Stockholm Exergi's CO2 emissions are roughly halved, from 800-900 thousand tonnes to about 400 thousand tonnes per year. In the work ahead, the conversion to climate-neutral solutions and the development of techniques to reduce carbon dioxide in the atmosphere will continue, for example by binding emissions from biofuels in carbon sinks.

For decades, Stockholm has been working strategically to reduce the city's impact on climate and the environment. Since 1990, the city's climate impact and greenhouse gas emissions per resident have been reduced by half.

Recognition for the efforts of the city administration came in 2010, when Stockholm become the first city to receive the European Green Capital award by the EU Commission. Ever since, Stockholm has not wavered in its ambition of being a climate-smart city with sustainable use of energy and transport, clean air and water and a rich offer of environmentally friendly lifestyle options.