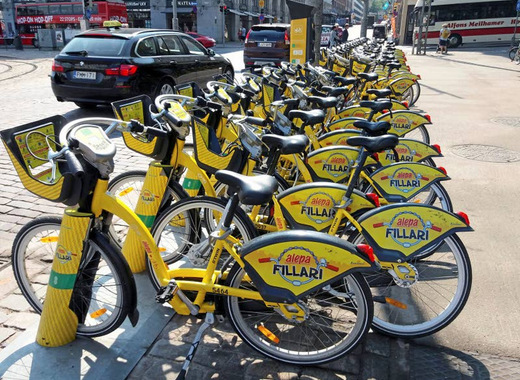 Like a growing number of cities in Finland, soon residents in Vantaa will be able to use shared city bicycles. The city's technology committee decided to trial a shared bike service in the neighbourhoods of Tikkurila, Aviapolis, Myyrmki and Martinlaakso from 2019-2022.With its new programme, Vantaa will be joining a growing list of other Finnish cities that offer bikes to borrow, like Helsinki, Turku, Espoo, Kotka and Kouvola. Vantaa's city bikes effort is part of the city's goal to be carbon neutral by the year 2030.

The bikes will be made available from April through October. The committee selected transport services firm will provide 1000 bikes and sponsored advertising gear to the city for a three-year period starting next year. The bike scheme will cost the city a reported 585,000 euros for the first year.