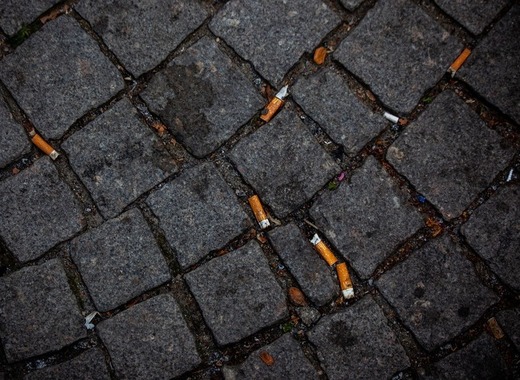 Toulouse will be testing a neighbourhood free from cigarette butts. The measure, implemented with the assistance of the professional association of craftsmen and traders Saint-Aubin-Colombette, aims to combat a major source of visual and environmental pollution in cities, caused by improper disposal of cigarette ends.

The selected city area for the experiment is Saint-Aubin-Colombette district. It was chosen as a festive district, that gathers many students throughout the day and especially at night. It was identified as a “black point” sector when it comes to cigarette butts, explain officials from the municipality of Toulouse. The "zero cigarette butt" operation, therefore, aims to improve overall cleanliness and more particularly - to make smokers aware that it is not civil to throw what remains of their cigarettes on the ground. The end goal is to significantly reduce the number of cigarette butts on the street.

The operation, implemented as part of the Smart City strategy of the Metropolis, will be in place until February 2020. For the purpose, a start-up called "La Boucle Verte" will be setting up a specific collection of cigarette butts and will have them recycled. The participating traders are also strengthening their cigarette butt disposal devices, by installing front ashtrays or by placing table ashtrays on the terraces. The traders and the association will also have to carry out awareness-raising actions among smokers.

Tones of cigarette-butts disposed of improperly every year

Each year 20,000 to 25,000 tonnes of cigarette butts are thrown in France and the cigarette butt is the most common plastic waste found on the beaches just after the bottles, remind from the Ministry of ecological and solidarity transition. In order to face this challenge, the Metropolis of Toulouse launched at the beginning of 2019 an action plan which previews not only the strengthening of equipment and coercion (fines and invoices) but also awareness-raising actions with professional associations and the general public.

As we wrote earlier, in March Toulouse distributed 50 000 pocket ashtrays to combat the problem.