Trouble on the eastern (German) front

Election season is in full swing in Germany, with the eastern provinces holding local and regional elections this year 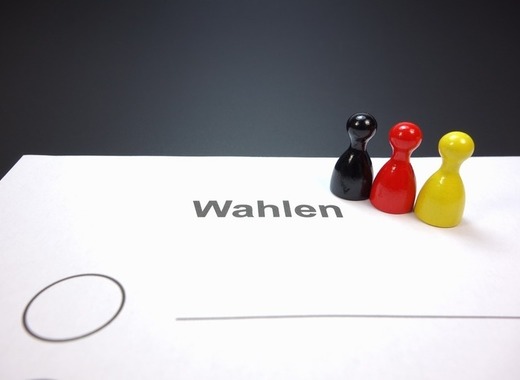 Saying that German politics have become rocky would be the understatement of the decade. Over the past couple of years, the usual stability and calm of the German political process have evaporated. Since the end of World War II, Germany has only ever had 8 chancellors. That’s a total of 8 leaders over the past 70 years. To put that into perspective, Italy has had over 40 prime-ministers in the same amount of time. The point of this comparison is that stability, continuity and calm have been the words best-used to describe the overall politics of Germany after the War. That is no longer the case.

After the 2017 general elections, all hell broke loose. The rise of the far-right Alternative für Deutschland (AfD), the implosion of the social-democrats (SPD) – one of the two main pillars of democracy of post-war Germany and the slow but steady bleeding out of Chancellor Merkel’s conservatives (CDU/CSU) – the other main pillar, all point to the fact that the age of calm is gone. The subsequent months-long delay in forming a government, the failure to form one without resorting to yet another Grand Coalition (GroKo) and the paralysis that ensued further damaged the two main parties and eventually led to the resignation of Angela Merkel as chair of the CDU.

The new but old ruling coalition has faced their fair share of problems. Although, that would also be a severe understatement. Ignoring the issues within the government itself, the constant clashes between the biggest parties, the almost permanent state of crisis and rebellion within the SPD and rising geopolitical tensions, the actual wounds to the establishment have been inflicted as a result of local and regional elections – first Hesse and then Bavaria.

It finally brings us to the topic of our analysis. Europe as a whole is gearing up for election season, but Germany is set to have elections in more than half of its states. Here we will be examining the situation in the Eastern German states of Brandenburg, Mecklenburg – Vorpommern, Saxony, Saxony-Anhalt and Thuringia. We’re singling out these states specifically for a few reasons that unify them into a somewhat single category for the sake of our analysis – they were all parts of the former German Democratic Republic, they are less developed compared to their western counterparts, they are all holding local (and some of them regional) elections this year and most importantly – there has been a marked increase in support for the far-right AfD in all of them.

Let’s take a look at Brandenburg, Saxony and Saxony-Anhalt. What makes them stand out is their great economic reliance on the coal industry. An industry that has been subjected to severe pressure both from local, regional and federal governments and from the process of automation. The AfD has leaped on the opportunity to become the only party in the whole of Germany to oppose environmental protection measures, specifically those that involve the closing down of coal mines. That has put them front-and-centre in the minds of many citizens of eastern German towns that heavily rely on that industry. Efforts by the central government to subsidise alternative job and energy markets in the region are largely ignored by the population and while certainly useful, they do not lead to any potential electoral gains. As a result, according to polls, the AfD in Brandenburg has more than doubled their support and in Saxony it’s currently projected to become the 2nd strongest party, with the support of 25% of the electorate.

The woes of the east German states don’t end here as they’re not purely economic. There exists a palpable feeling of being abandoned by the traditional mainstream parties – the CDU and the SPD, and the coal mines are just a fraction of an avalanche of discontent. It’s important to note that this issue has become central not only for the states that we’re currently looking at. It’s a malaise that’s gripped the whole of Germany. After two iterations of a Grand Coalition, the lines between the parties have become blurred, even nonexistent on some issues. This loss of identity and subsequent drift into the political centre has driven their traditional supporters away and sent them into the loving embrace of far-right or far-left insurgents.

Out with the old, in with the new

The rise of the AfD has been a true spectacle – starting as a fringe party of anti-eurozone economists and intellectuals it has transformed into a “traditional” far-right party – nationalistic, anti-immigrant, Eurosceptic, anti-environmental protection. The gains that the AfD has made have been especially pronounced in the poorer, rural regions of the country. And eastern Germany is precisely those things. The AfD is set to increase their influence in all the regions’ parliaments and local councils and the fact that the local elections will be held on the same day as the elections for European parliament gives the party a strong helping hand. They are free to use the rhetoric that plays best – immigration and nationalism, to enhance their locally tailored messages. They are also blessed with the mainstream parties’ complete ineptitude when it comes to social media and 21st century political campaigning. The failure of the CDU and the SPD to use Facebook and Twitter effectively has left an enormous void, ready to be filled by far-right parties. The strong social media presence of the AfD, combined with the lack of such by the governing coalition parties has allowed it to completely shape the debate surrounding the upcoming election season.

The rapidly shifting political landscape of Germany is producing another contender. The Greens are registering a steady increase in support, although a far smaller one than AfD’s, following the implosion of the social-democrats. Thanks to the climate change sceptic stance of the AfD in the eastern states, the Greens are poised to significantly increase their influence – especially in Brandenburg and Saxony.

The end of stability

The political situation in Germany is becoming increasingly difficult to navigate. The governing coalition is unstable, ready to fall on its sword at any moment and the mainstream parties are hemorrhaging voters left and right. The local and regional elections in the eastern German states and the European elections that all take place on 26 May, are looking increasingly likely to have grave consequences for the country’s political stability. If the polls are correct in their assessments, the biggest losers are set to be the social democrats. A breakdown of their local and regional structures might prompt the party to pull the plug on the almost comatose coalition with the CDU and try to recover in opposition. But that would probably lead to the ultimate political demise of Angela Merkel and eventually new Bundestag elections. The domino effect caused by local and regional elections is poised to send Germany into a political crisis the likes of which it has not seen in decades. But as the election campaigns are ramping up, we might witness surprise twists, devious turns and all other sorts of shenanigans, so we’ll be keeping a close eye on the process.