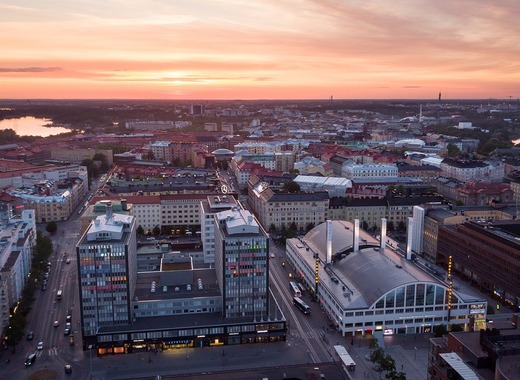 The government of Finland adopted a decision for the region of Uusimaa – where the country’s capital of Helsinki is located to shut down its borders for most travellers. The decision was taken on Wednesday 25 March and will come into force on Friday 27 March.

Helsinki has been among the cities worst hit by the coronavirus pandemic in Finland. It is home to some 1.7 million people and thus boasts a far higher density than the rest of the country, making it more likely for the disease to spread among its population. More than half of all confirmed COVID-19 cases in Finland are located within the premises of its capital.

In order to stop or at the very least limit the transmission of the coronavirus to other parts of the country, the Finnish government proposed sweeping changes to how life would go about in the capital’s region.

Part of the emergency legislation considered by authorities was the closure of all bars, pubs and restaurants – a move that has already been made in most other European countries. Another aspect was putting limits to free travel – namely to and from the epicentre of the epidemic in the Nordic Country.

Border checks will be set up around the Uusimaa region that will prevent citizens from entering and leaving at least for the next three weeks. Of course, the government has provided a list of exceptions – most importantly those who are exempt from this rule are people who are returning to their homes in the region – they will not be prevented from entering.

Nonetheless, Helsinki’s local authorities have been preparing to deal with the outbreak for months – even before the disease arrived in Europe and were ready to deal with the immediate needs of the local population, boasting high tech and innovative solutions that help monitor and control the spread of the coronavirus.