The City Hall can only be visited with a guided tour 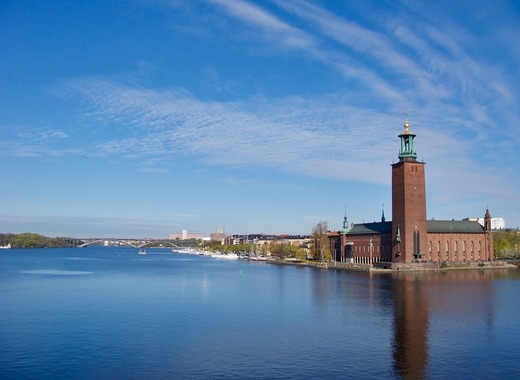 The Stockholm City Hall is one of Sweden’s most famous buildings, and one of the capital's most visited tourist attractions. It is a house well-known for its unique art treasures, interesting history and magnificent parties. Stockholm City Hall is famous for its grand ceremonial halls and unique pieces of art and is the venue of the Nobel Prize banquet held on 10th of December each year. The building was designed by architect Ragnar Östberg and was opened at Midsummer's eve 1923.

Since Stockholm City Hall is a political office building, visitors cannot walk alone in the halls. Here are two options to visit the City Hall - either by a public tour or a private tour. General guided tours are offered all year round in Swedish and English and in summer in more languages. The tour takes about 45 minutes. Tickets cannot be pre-booked or purchased online - they are bought in the ticket office the same day as the visit. The admission to guided tours of the City Hall has two different price levels, depending on the season.