What you need to know about Spanish election season

National, local, regional and European elections in the span of a month? What could possibly go wrong 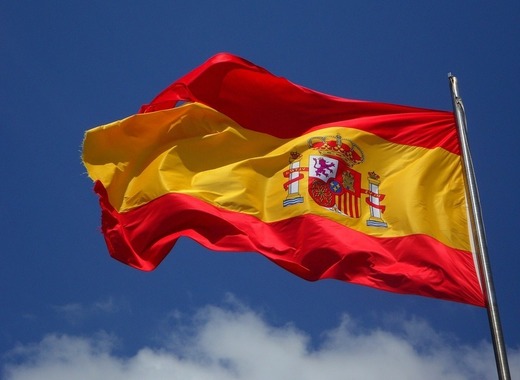 The name of the game in Spanish politics for over 40 years has been “two-party system”. A traditional lockjam between the centre-right Partido Popular (People’s party - PP) and the centre-left Partido Socialista Obrero Español (Spanish Socialist Workers’ Party – PSOE). On a national level, the electoral system tends to favour bigger parties with established voting blocks and to exclude smaller ones. The twist up until 5 years ago has been the strong presence of regional parties from Catalonia or the Basque country (parties that perform extremely well in their own regions and manage to send a few representatives to the national parliament). For the most part the divide PP – PSOE – Regional Party could be seen not only in national elections but also in local and regional ones – with the regional parties winning a majority of the votes in their respective regions.

But something broke in Spain when the global financial crisis hit in 2008. With unemployment rising to 27%, the traditional parties PP and PSOE were widely seen as incapable of handling the economic problems of the country. And they crashed hard – unable to form stable governments, calling snap election after snap election, the parties started bleeding voters to upstarts that did not fit into the traditional left-right divide – namely the centrist liberal Ciudadanos (Citizens, Cs), the far-left Unidos Podemos (United we can, Podemos) and most recently the far-right VOX. One of the longest-standing two-party systems in Europe is currently heavily fragmented – and it’s looking more and more likely that none of them will be able to form a stable government (again).

But who’s who and what they stand for? How they are looking ahead of an extremely busy election season? With parliamentary elections at the end of April and regional in 12 of the 17 provinces, local in the whole country and European ones in May, Spanish politics are at a precipice.

After demolishing the ruling socialists back in 2011, the PP, under Mariano Rajoy, undertook the deeply unpopular task of implementing austerity measures aimed at stabilising the country’s economy. Despite the disdain for such measures and despite the corruption scandals that rocked his party, Rajoy managed to win not only the 2015 general elections but also kept control of many municipalities. Still, he failed to form a government and snap elections were called the following year, which he again won. The following couple of years were the final ones in his political career – his handling of the Catalan crisis and further corruption scandals proved to be his undoing and his government was toppled by the PSOE. Currently the future is not looking too bright for the Partido Popular. Under new, young and charismatic leadership, the party is struggling to regain its footing. The new leader Pablo Casado, who is just 38 years old, is faced with the unpleasant task of keeping his party together while it’s bleeding voters to the centrist Ciudadanos and the far-right VOX.

Over the past few months and up until the elections in May, we will be witnessing two main actions by the PP – a fast and radical shift to the right (in chase of voters that have been lost to VOX) and an attempt to appear folksy and anti-elite in an attempt to keep the party’s current control of rural areas in the country intact. Unfortunately for them, the fragmentation of the two-party system has hit the Partido Popular hard. It is currently lagging far behind both the PSOE and the local parties in every region of the country – with the exception of Murcia (where they have governed for more than 20 years). The PP is very likely to be forced into coalitions with the far-right and Ciudadanos yet again, just to keep their power structures intact.

With social-democratic parties suffering defeats all across the continent, the Spanish socialist worker’s party is a welcome change of pace. After seizing the reins of power with a no-confidence vote in 2018, the first successful one in the country’s history, PSOE leader Pedro Sanchez is looking poised for victory not only in the national elections but in a majority of regional and local ballots as well.

Unlike their opponents to the right, the centre-left has managed for the most part to successfully stop its haemorrhaging of voters to the far-left Podemos. What’s propelling the PSOE to first place is not that much the party’s potential electoral gains but rather the implosion of the centre-right which is currently unable to form a united front and is being divided between the Partido Popular, Ciudadanos and VOX. In local and regional elections, the socialists are expected to keep control of regions that they already govern and make gains pretty much everywhere else. But the main stumbling block that they face will most likely be the formation of governing coalitions – both on a municipal and regional level. The elections in Andalusia showed that despite them winning a majority of the votes, everyone else might be willing to gang up on the PSOE to keep them out of power.

Ciudadanos - a story of how NOT to find your identity

What started as an anti-independence party in Catalonia has become the main centrist player of politics in Spain. Under the leadership of Albert Rivera, the party first gained ground in the 2015 elections and after 2016 became the coalition partner of the Partido Popular. Ciudadanos became the biggest party in Catalonia after the snap elections in the wake of the Catalan crisis. At the height of the crisis, pollsters were predicting a huge surge of support for the centrists – even putting them at first place on the national level in the first months of 2018. The future looked bright for Ciudadanos. Up until it didn’t.

Emboldened by its success in the Catalonian regional elections, the centrists kept on hammering the same messages that were working so well for them – pro-united Spain, anti-separatism, pro-EU. But current polls suggest that the party hasn’t been able to translate its specific messages on a local and regional levels outside of Catalonia. Not only that, but the anti-independence terrain is currently being split by both PP and VOX. After failing to condemn their coalition partners when accusations of corruption were raised, Ciudadanos damaged the image that they had carefully cultivated – as a young party that is not involved in the corruption of the old ones. Still, the party is expected to make gains everywhere in the country. They might not be poised to become leaders but will instead take on the role of kingmakers – much like their allies in the European Parliament.

Trouble on the fringes - VOX and Podemos

Plagued by infighting and internal power squabbles, the far-left Podemos is looking increasingly unlikely to mirror the successes enjoyed by Greece’s far-left Syriza. Podemos voters, first disenfranchised with the PSOE, have yet again been disappointed and are steadily returning to the more traditional and less radical socialists.

Meanwhile, on the far-right is the curious case of VOX – a party that has existed for quite a while but has never attracted support. For the most part its current explosive electoral success can be attributed to its strong anti-independence stance, mirroring and maybe even harsher than the one of Ciudadanos and PP. Unlike other far-right parties across the EU however, VOX is barely registering as Eurosceptic, instead its other main appeal has been anti-feminism, anti-so-called “feminazis”. Their anti-feminist rhetoric is in staunch contrast to pretty much every other Spanish party – PSOE and Ciudadanos have styled themselves as champions of equal rights and even the PP under Mariano Rajoy dared not venture into these uncharted territories. While VOX’s current polling shows an average of around 10-11% around the country – both in local and regional elections, the main effect the party’s had is to drag the Partido Popular further to the right than it’s been for the past 40 years, thus fragmenting it and giving the left and the socialists a potential opening to govern.

With 4 different elections taking place everywhere in the country, no matter the winners, Spanish politics are unlikely to remain the same. The further fragmentation of a traditional two-party system will bring further uncertainty as majorities will become harder and harder to achieve. But coalition building is a game of compromises and looking for consensuses, which in turn should bring about more representation and satisfaction with local, regional and national governments for the Spanish people. We will be keeping a close eye on the situation in Spain, and so should you.