Copenhagen helps local businesses recover from the effects of COVID

A referendum in Güssing on the fate of 50 million euros

The citizens of Güssing, Austria will choose the new cultural centre – Güssing Castle or the KUZ

With 27 qubits, Germany drives forward onto the next potential industrial revolution

Berlin Senate approves strategy to provide internet to all citizens

The Gigabit Strategy will democratise internet access in Germany

The city gets on track to circularity

It has taken new measures to ensure the safety of e-scooter users, cyclists and pedestrians

Den Grønne STU will explore subjects such as sustainability, ecology, and green technologies

Jorge Azcón: May we be a city that puts a red carpet out for entrepreneurs and companies that want to come and work with us

Steen Wrist: Fredericia has put sustainability at the top of its agenda

Florian Janik: It's our tradition to be open minded

Mariví Monteserín: The future of Avilés is being built around industrial innovation, quality of life and culture

Mikael Smed: Any mayor should be committed to co-creation and transparency when developing new policies

“Padua is supporting the experimentation of a new local public transport system, sustainable, flexible, intelligent and adaptable to the needs of the city”

Sergio Giordani was born on 10th May 1953 in Padua. He started working in the family business while studying at University to become, soon after, Managing Director. Then he founded, with two business partners, a national network of sportwear shops, fulfilling the role of Managing Director until he was elected Mayor. The love for his town led him to be President of Calcio Padova from 1994 to 1996, during the years of Premier League (Serie A) and to perform various roles in society and in public bodies in town, such as the last corporate office of President of Interporto, from which he resigned as soon as he announced his candidacy for Mayor. Sergio Giordani was elected mayor of Padua on 28th June 2017. Among his several commitments he is now developing together with his council members, is a series of projects to lead Padua to be digitally competitive. 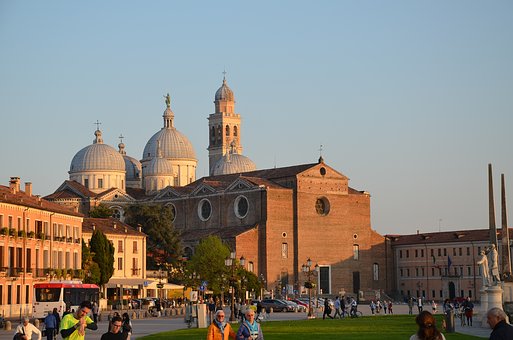 Mr Giordani, in recent years the city of Padua has developed rapidly, and positive changes can be seen by everyone. What is your biggest stimulus to work harder?

The administration has the task of creating the best possible conditions for the city to be appreciated by those who live and work there for the opportunities it offers in each sector and for its overall quality of life. In this sense we are working so that the synergies between Universities, Companies and Research Structures are increasingly significant. We are convinced that innovation and research must be the engine of the economy of this territory in the future. At the same time, we are moving on other fronts: we have unblocked the construction of the New Hospital, which will be ready in about 8 years, we are encouraging redevelopment and the reuse of impressive spaces in the city. I am thinking of the displacement of the police headquarters to the Stanga with the recovery of an area that had been degraded for some time, the reuse with various purposes of the former Caserma Prandina, but also the construction of two new tram lines in two stages to improve public transport. It's about working as a team with all the bearers of legitimate interests in the city, with the common goal of making our Padua even more beautiful.

The Municipality of Padua is working on a series of projects to make the city to be digitally competitive. Could you tell a little more about these initiatives?

Our ICT Department is implementing a software application able to provide services through the unification and standardization of administrative procedures. All this will allow the creation of new service delivery models and the online distribution of digital services in which the citizen and the company will be active actors and participants in the administrative procedure. The ICT department is also building a platform for collecting data from sensor systems and cameras for traffic, parking, the environment, lighting systems, but also sensors for actions to support social inclusion and energy savings in buildings - ERP.

In Padua, moreover, in the autumn the Digital Campus will open, it will be a training center on skills, innovation and digital and will represent a new benchmark in the field of innovation and computerization, in order to create a generator of knowledge and useful ideas for the city ​​and necessary for both professionals and young people.

Still in the digital field, Padua is supporting the experimentation of a new local public transport system, sustainable, flexible, intelligent and adaptable to the needs of the city: “Next,” cubic, electric modules, with a capacity of 10 people, able to move both as a single unit and with multiple modules. The passengers through an application will specify their mobility needs and the service will adapt in real time to requests.

Another very important project was created in the city by the University of Padua and other institutions is SMACT Competence Center.

The founding members of SMACT are 8 universities in the Triveneto Area, two research institutions, the Chamber of Commerce of Padua and 29 private companies. The Competence Center named SMACT is focused on specializations in Social networks, Mobile platforms & Apps, Advanced Analytics and Big Data, Cloud, Internet of Things.

What other good practices are developed in the Municipality of Padua. How do you finance them?

Our Administration has a specific Financing Projects Office which has the task of identifying and using funds available through European, national and regional calls, as well as, of course, with the Municipality's own funds. Good practices that allowed, for example, to use national funds for the Suburbs, to start the recovery of important parts of the sixteenth-century walls, or to get sports credit funds through which we have improved numerous sports facilities in the city. For years Padua has been part of the WHO Project “Healthy Cities” and at local level for many projects adopts the participatory model of Agenda 21 program.

What other investments are planned in the near future?

We are planning to build a park named Tito Livio, the Roman poet, in the city center instead of a large area once used as bus terminal, as I said before we are going to build two tram lines, and if all goes well we would like to build an auditorium for the Music in adjacent to the Cesare Pollini Conservatory. But then there are so many other projects, maybe less visible than these described but, all together, they will change the city for the better, like that to create a widespread network of protected cycle paths to get around the city the we have called "bicipolitana" (bikepolitan).

Padua is the city that in 2020 will represent Italy in the list of UNESCO world heritage with the Scrovegni Chapel by Giotto and the pictorial cycles of the fourteenth century. Could you tell more about "Padova Urbs picta"?

Padova Urbs picta nomination is an ambitious project that gathers in a unique body of work, 8 fresco cycles painted in different secular and religious buildings throughout the city by various artists over the century after Giotto had painted his innovative Scrovegni Chapel frescoes, his undoubted masterpiece in this medium.

Within the old city centre of Padua the eight buildings or complexes of buildings that make up the four component parts of the nomination house frescoes that illustrate how, over the course of a century, Italian painting developed upon the innovative impetus originated by Giotto. Painted between 1302 and 1397, these cycles are entirely open to the public and constitute a unified whole distributed over an area of just a few square kilometers. Working together with its partners, the City Council is committed to promoting this nomination for recognition of Padua as a UNESCO site. And in pursuing this goal we are firmly convinced of the need to involve local communities, associations and individual citizens; there is already extensive active interest in the correct preservation and exploitation of our city’s ‘outstanding universal value’. So, it is the result of a great teamwork that will now continue, with greater commitment and conviction in the evaluation phase by the International experts. We are sure that our candidacy has all the credentials for pass this judgment too

TheMayor.eu is a unified platform for the European municipalities, where the citizens can get the latest information about what is taking place in the European Union. How can the portal be useful to you and to the citizens of Padua?

It is clear that one of the main causes of disaffection and disinterest in the politics, I believe not only in Italy, is that citizens are not sufficiently informed on the activities that local administrators, and not only, do. We need to be closer to the common people and also a tool like this portal is certainly positive.

Find out more about Padua here

The first nest with eggs for the season has been secured

European Research and Innovation Days 2021: This week, the future is finally here

See our picks of what is not to be missed out

And now you get to decide – New European Bauhaus voting begins

A busy summer ahead is scheduled to culminate in awards

An interview with the Project Manager for Digital Automatic Coupling, ÖBB Group