Andries Gryffroy: We believe that the strength of Europe's unity lies in its diversity of member states and regions

Interview with Andries Gryffroy, Flemish MP and member of the Belgian Senate and the Committee of the Regions 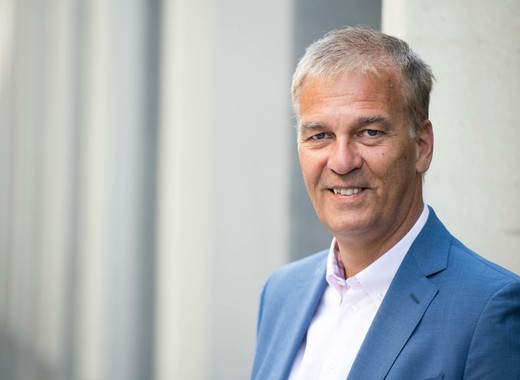 Andries Gryffroy is a member of the N-VA and serves in the Flemish Parliament and the Belgian Senate. He is also a member of the European Committee of the Regions and focuses greatly on the issues related to energy, climate, entrepreneurship and innovation.

Mr Gryffroy, you boast rich experience in both national and regional politics. What impact has combining the two had on your perceptions of the world and on your personal beliefs?

Thanks to my mandate as a Flemish Member of Parliament, I indeed had the opportunity to get in touch with various representatives from all kinds of different regions. It has strengthened my conviction that as a country or region it is important to preserve your identity. Each region is different, which also means that European policy cannot be one size fits all. The EU should not decide on everything.

I believe we should choose a Europe where member states can decide what they do and do not do together. Not because they have to, but because they want to and because there is support for it.

In an increasingly globalized world, smaller parts of countries, paradoxically, matter more and more when it comes to taking action that benefits individual citizens. What role do you believe Europe’s regions will play in the future?

As Flemish-nationalists, we believe that the strength of Europe's unity lies in its diversity of member states and regions. For me, it is important that the different countries and regions of the EU keep their identities. In addition, I am in favour of a European Union that seeks maximum autonomy for the peoples and regions of Europe.

More and more often we see that various nations such as the Basque Country, Catalonia, Scotland, but also Flanders are gradually evolving into independent states. It is important that they also get a place within the European Union.

We also note that it is becoming increasingly difficult within some Federal Member States, such as Belgium, to reach a common position on trade agreements, for example. It would, therefore, be an important step forward to give the Local and Regional authorities a voice in this and to involve regional parliaments in the decision-making process.

One of the most pressing issues over the past decade has without a doubt been climate change and the energy transition. Taking into account your past work in the energy field, how do you see Europe’s regions adopting more environmentally friendly approaches quickly and effectively? What support do you believe they should be granted – be it from national governments or the EU?

There is no doubt that climate change is a global challenge. However, I believe it must be tackled keeping the important principle of subsidiarity in mind. Each member state submitted its climate plans to the European Union, taking into account their specific context and possibilities.

Higher ambitious targets or emission reductions have to be cost-effective, subject to territorial impact assessment in regions and cities, allow for international flexibility and comply with the principle of subsidiarity and proportionality.

We currently see that LRA’s are indeed well aware of these challenges and are trying to respond accurately. It remains important to find solutions tailored to the regions and to work towards viable European cooperation that is supported by the citizens. The Union must grow from the bottom up and not be imposed from above.

You speak of a so-called “Ecorealism”, can you please elaborate on the concept?

The climate and the energy transition are major challenges. Ecorealism implies not engaging in doom-mongering and remaining optimistic about the future. After all, in order to move towards a change in energy and climate policy, with sustainable economic growth, we must invest heavily in knowledge, technology and innovation.

It also means setting ambitious goals, without losing sight of the support of families and businesses. Solutions must always be reliable, affordable and sustainable.

Regional identity has always been an important issue, but it has certainly risen to prominence over the last few years. What impact has that had so far on your politics and constituents and how do you imagine the topic evolving in the future?

We see that a regionalist tendency is indeed emerging in an increasing number of Member States and that citizens are becoming increasingly aware of their regional identity. It is not because you have a regional vision of identity that this should be at odds with European integration.

As a Flemish-nationalist, I stand for an EU that is being built from the bottom up, and we also see that this trend is increasingly noticeable within other European countries. So I certainly see a future for the European Union, but one that gives LRA’s a louder voice and a stronger emphasis on the principle of subsidiarity.

As a member of the European Committee of the Regions you are positioned perfectly to advance the interests of the EU’s regional bodies. Considering the unprecedented situation, we find ourselves in, in terms of COVID-19, have your immediate priorities shifted, or have you remained committed to your previously charted path?

This crisis has reinforced my view that a strong regional policy is needed to get out of this crisis. Regional governments are best placed to draw up a long-term recovery plan based on the specific needs, requirements and economic realities of the region.

After all, the debate surrounding the economic revival is an ideological debate in which choices have to be made that will determine our future prosperity. These choices are too important to leave (exclusively) to an authority that has less contact with citizens than LRA’s.

You are a strong believer in technology as the answer to many of the problems our societies face in modern times. Do you believe that it is precisely Europe’s regions that are best positioned to deliver technological change that can have a beneficial impact both on citizens and on a global scale? If not, is that subject to change?

Absolutely! What we have seen during this crisis is that many companies have changed their production processes and contributed in a creative and innovative way to finding solutions for the crisis.

Just think of companies that suddenly started producing alcohol gel, while before the crisis that was definitely not their core business. SMEs are the backbone of the European economy and they have all the assets to get out of this crisis.

In the future, however, the technological aspect will become more of a priority. In order to face a sustainable future, companies will have to invest more in technological innovation. However, it is up to the Local and Regional authorities to provide the necessary infrastructure and a regulatory framework for this.