Here is how and when to register for the European Parliament elections in Belgium, France and Luxembourg 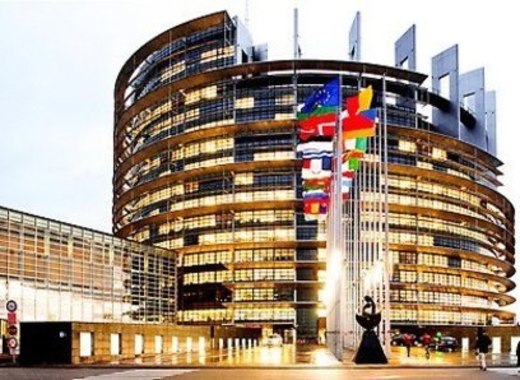 The European Parliament elections are taking place in May, but voting registration has already started. Discover below who has the right to elect Members of the European Parliament and how do we vote in Belgium, France and Luxembourg as local authorities across Europe have started compiling electoral rolls.

Belgium is entitled to 21 MEPs for the next European elections. Here voting is compulsory and failing to vote without a reasonable excuse is subject to a fine. All Belgian or EU nationals beyond the age of 18 (by the 1st of March 2019) and listed in the population registry not deprived of voting rights are allowed to chose Members of European Parliament. The former are automatically inscribed, while EU nationals can register to vote if they decide not to vote for their home country’s lists.
On 26th May Belgian voters will also be electing representatives to the Chamber of Representatives and Local and Regional Parliaments.

Deadline for registration: 28th of February 2019.

France is entitled to appoint 79 MEPs and contrary to previous elections as of 2018 the eight regional electoral circumscriptions have been removed and each party should present a single list.
All residents of France having reached 18 years of age before the day of the election and having lived in the municipality for 6 months can be registered in the electoral rolls and all EU nationals living in France are allowed to register in a complementary voting list. It is done automatically for all French citizens having reached 18 years.

Deadline for registration: 31st of March 2019

Luxembourg is entitled to appoint six Members of the European Parliament. Each municipality keeps an electoral roll, where all citizens having reached 18 years are inscribed automatically and therefore - invited to vote in the elections. Residents of Luxembourg having other EU nationality can choose either to elect local candidates or to contact the national authorities if they would prefer to vote for the candidates presenting their country of origin. As of 2013, no minimum residence period in the country is required to be allowed to vote for Luxembourgish MEPs.

Do not forget that in Luxembourg too voting is compulsory for everybody in the electoral roll, except for those beyond the age of 75 and those not living in a different municipality than the one they are required to vote on Election Day. Everybody who figures in the electoral roll will receive a letter with instructions five days prior to the election.

Deadline for registration: 28th of February 2019.

The European Parliament elections are taking place across all member states and for the above-listed countries the date is the 26th of May. Since the entry into force of Brexit (Great Britain leaving the EU, thereby losing its representatives), there will be only 705 MEPs to elect.
Regardless of their current placement, EU citizens having voting rights in their country of origin are entitled to vote in another member state, provided that they have registered in the local electoral lists. However, different electoral rolls are in place for the various elections, therefore having voted before in this country before does not necessarily mean that one is registered for the European Elections and this must be checked in advance.