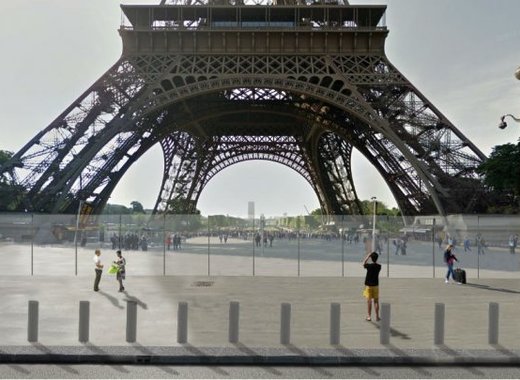 Temporary barriers were set up around the 1063-foot tower in June 2016. They are now being replaced by permanent bulletproof glass walls on the northern and southern ends of the landmark, and by metal fences on the eastern and western sides. Visitors will have access to the Eiffel Tower through these fences. The two glass walls are 10 feet high, bulletproof and very solid. 420 blocks will also be installed in front of the glass walls to prevent a vehicle attack.