An interview with Damir Mandić, Mayor of Karlovac in Croatia 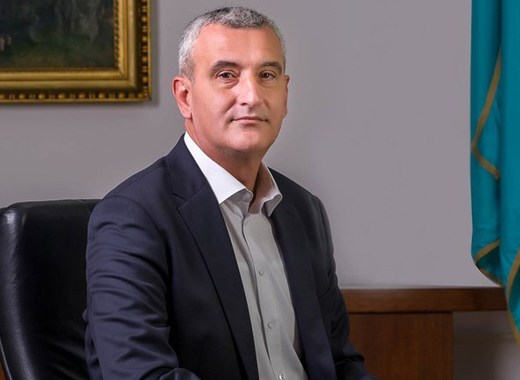 Mayor Damir Mandić was born in 1973 in Stuttgart. He completed the Philosophical Theological Study at the Catholic Faculty of Theology in Zagreb with a special emphasis on economic development, social justice, labour, family, social values, legislation, ecological crisis and its aspects in the economic and social sphere. In 2006 he became the principal of the Grammar School in Karlovac. For eight years he performed the duty of the councilor at the City Council of Karlovac, and since 2014 has been the President of the City Council of Karlovac where he has actively participated in the creation of urban policies and programmes. Mandić is married, father of three sons. 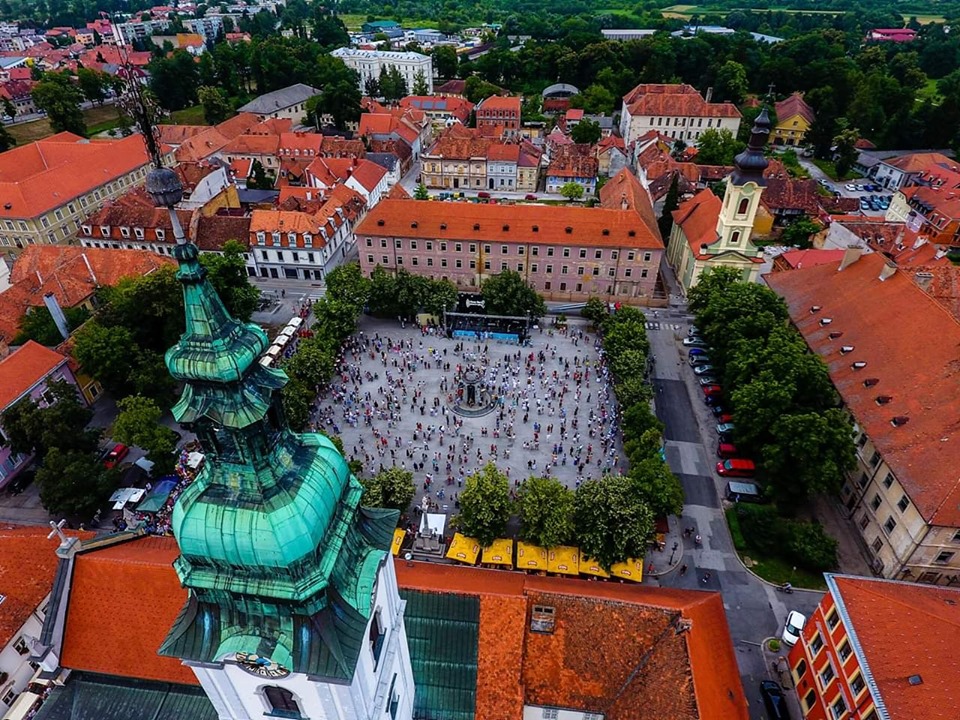 Karlovac is an ideal renaissance city and at the same time a hexagonal bastion fortress, real rarity in all Europe. Mr Mandić, please, tell more about the strengths of the city.

Surrounded by the rivers Kupa, Korana, Dobra and Mrežnica, the city of Karlovac is situated in central Croatia, at the junction between lowland and mountainous Croatia and between Pokupje and Kordun Regions. Considering that it is located in the narrowest part of Croatia and that is situated at a 50 km distance from Slovenia on one side and Bosnia and Herzegovina on the other side, the city of Karlovac has always been an important transport corridor and economic centre of the region. There are very few cities in the world whose exact date of establishment is known by historians and the city of Karlovac is one of them. Namely, the city was established on 13 July 1579. It was named after its founder, Archduke Charles of Habsburg. This early period of the city’s history was also marked by the beginning of works on the erection of the military frontier fortification, which served as a defence against Ottoman attacks. The City Day of Karlovac is celebrated every year on July 13, on which occasion the local city authorities organise a birthday ball at the Ban Josip Jelačić Square, the City Council holds a ceremonial sitting and people with notable achievements are presented with awards. The patron saint of the city is Saint Joseph, whose feast is celebrated on March 19. The central celebration of the Feast of Saint Joseph is held in the Saint Joseph Church located in the city area of Karlovac called Dubovac, which has the status the national shrine of Saint Joseph. In 1778, Karlovac got its first city government, and in 1781 the city was granted the status of “a royal free city” by virtue of a Decree issued by Emperor Joseph II. The city was built in accordance with the latest construction standards of its time: it was built in the Renaissance style and has a geometrically regular shape of a six-pointed star. Pursuant to the urban plan from the late 19th and early 20th century, it was decided that municipal palaces would be constructed, and that parks and woodlands would be landscaped along the edges of the fortification. It is thus that Karlovac became and still remains a city that is on one hand a typical Renaissance-style town and on the other a hexagonal fortification with bastions and a grid plan of streets running at right angles. It is this interesting combination that makes Karlovac a unique European city.

Ever since its establishment, the urban development of Karlovac has been oriented toward major roads connecting the Adriatic ports and the continental Europe. Proof of this are historical roads Carolina, Josephina and Louisiana. It was thanks to these roads that Karlovac became an important trade and transport corridor, which status it still has today. Karlovac is only 50 km away from Croatia’s capital Zagreb and some 90 km away from Rijeka, the main Croatian seaport. Its highly favourable geo-traffic position is also reflected in the distance with respect to some of the most important centres of the wider region. Point-to-point distance from Karlovac to Ljubljana is 104 km, to Sarajevo 386 km, whereas the distance from Karlovac to Budapest is about 400 km. Austria’s capital Vienna is also in the immediate vicinity, i.e. at 410 km distance.

Karlovac is a city built and designed at a human scale: located at the intersection of four green river valleys, overlooked by the Old Town Dubovac, the city is teeming with centuries-old parks and promenades, cycling routes, which are a proof of its longstanding tradition of culture, sports, craftsmanship and trade. All of these treasures inevitably make Karlovac a European city that guarantees prosperity of life and success of business investments. Karlovac is unique for the numerous business and development opportunities it offers. Positioned at the intersection of the most important Croatian and European highways and in the immediate vicinity of the two neighbouring countries, Slovenia and Bosnia and Herzegovina, Karlovac is a city that has enormous potential. At the edge of the city at major traffic junctions is where the city’s business zone is located, while at the very heart of the city is the historic centre, which has preserved its original appearance until today and is ideal environment for a whole variety of investments in tourist, catering, accommodation and sports-recreational services.

As you already mentioned, Karlovac is one of the few cities which know the exact date of their creation. Tell more about the interesting tradition to celebrate it every year on 13th July.

Every year on July 13, citizens of Karlovac give honour to their hometown by participating in the traditional birthday ball held in the star-shaped historic centre of Karlovac, at the Ban Jelačić Square. Year after year, birthday celebration of the city of Karlovac offers more and more interesting events and it can be said that it has evolved into a true tourist attraction. For three weeks the citizens of Karlovac and their numerous tourist guests enjoy different kinds of cultural, entertainment and educational programmes, which are the fruit of joint efforts of our many creative fellow citizens. In order to improve tourist promotion of the city of Karlovac and make it easier for our foreign guests to find our city on the different tourist maps of Croatia and the world, this year the traditional organisation of the event City Day of Karlovac will give way to its modern refreshed version called “STARLIT SUMMER”. The event will be held under the slogan “440 hours for 440 years”. The six points of the STAR represent six thematic groups of the festival – concerts, exhibitions, festivals, events, sports competitions and gatherings, all of this in honour of the 440th birthday of the city of Karlovac.

The city of Karlovac has established and maintained friendly relationships with many cities, not only in Croatia but also in other states. Which are they?

The city of Karlovac fosters friendly relationships with cities across the world with the aim of establishing high-quality political and economic inter-city cooperation. The city of Karlovac has twinned with the following cities: Alessandria, Italy; Vukovar, Croatia; Kansas City, USA and with Erzsébetváros, 7th district of Budapest, Hungary.

Croatia has been a member of the EU for only 6 years, but Karlovac has already managed to implement a variety of European projects contributing to the development of the city. How did Karlovac change over this period?

Having been granted EU funding, Karlovac has successfully implemented several projects that have significantly improved the economic and social conditions of the city and made a positive impact on the quality of everyday life. In the financial perspective for the period 2014-2020, the City of Karlovac has so far implemented 43 projects under several different EU programmes, with the total value amounting HRK 81,048,579.38. At the moment, implementation of 42 projects is underway, which projects have a total value of HRK 144,878,732.76, which means that in the period 2014-2019 there have been 85 projects with total budget amounting to HRK 225,927,312.14.

Share some others good practices from your municipality. How do you finance them?

The budget of the City of Karlovac is the most important financial-planning document without which the City would be unable to function normally. Competences of every unit of local self-government, including those of the City of Karlovac, are governed by the Croatian Act on Local Self-Government. The total budget for 2019 was higher by about HRK 62 million or 22% in comparison with the 2018 budget. This significant increase in income is primarily the result of higher support from EU funds granted to our many projects as well as co-financing of projects by various ministries. The City’s budget in the amount of HRK 343.9 million seems impressive and large and it can be concluded that this size of the City’s budget will enable the realisation of many important projects in Karlovac on an annual basis, all this in order to improve the quality of life of the citizens.

What do you think about a unified platform for European municipalities and its main goal to make and keep European citizens better informed about what is taking place in the European Union? How the portal can be useful to Karlovac?

Every platform that enables citizens to obtain useful and accurate information is more than welcome. We are thrilled that we have an opportunity to present our work and efforts to other cities of Europe and also that we will have a chance to learn from positive examples of other cities and thus raise the standards for the efforts that the City of Karlovac invests in ensuring a better-quality life to its citizens.

Find out more about Karlovac here