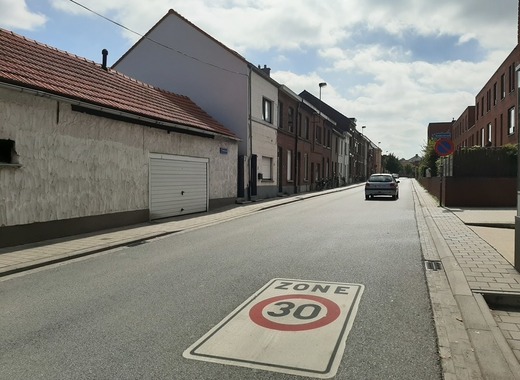 Leuven will considerably be increasing the size of its Zone 30, by including all sub-municipalities, announced local authorities on Thursday. The areas with a speed limit of 30 kilometres per hour are about to double – a move aimed at improving road safety and the life quality of residents.

The City council of Leuven, a Belgian city of 100-thousands inhabitants, has decided to extend zone 30 to the sub-municipalities – from Leuven (the central part), to include Heverlee, Kessel-Lo, Wilsele and Wijgmaal. The change will result in a more than twofold increase in the length of the roads where you can drive at up to 30 kilometres per hour – from the current 167 to 370 kilometres in 2021.

According to Mayor of Leuven Mohamed Ridouani, the expansion of Zone 30 to the city districts is a logical step aimed to improve the safety of young and old. In his words, the results of the existing speed limitations so far have proven their positive effect on safety but also on the quality of life.

As pointed out in a press release by the City of Leuven, the risk of death for pedestrians is five times lower at 30 km/h than at 50 km/h while the risk of death or serious injury for car drivers and passengers is 15% at 30 km/h versus 45% at 50 km/h. The noise levels also go down and studies show that the introduction of a large zone 30 does not lead to more congestions.

Following the adoption of the local parliament's decision, the zone 30 regime will be introduced on the streets that are part of built-up areas and will not apply to streets that are important for the accessibility of a particular neighbourhood or constitute important connections.

At the same time, the city is preparing the extension of the built-up area. "Zone 30 will become the norm, we will only maintain the speed regime of 50 km/h or 70 km/h where it is safe and appropriate. This way you get large, coherent zones 30 and communication, awareness-raising and respect become easier", said David Dessers, Alderman for Mobility.

Dessers also explained that the decision is motivated by concerns coming from residents and neighbourhood committees. “Many streets in the boroughs are residential streets where children play on the street and there is a lot of walking and cycling. It is only logical that the speed limit will be adjusted. Moreover, we want to reduce cut-through traffic in residential areas by means of zone 30. This measure will also make traffic calmer so that cycling and walking become more attractive and there is less noise pollution.”, he continued.

This autumn, the city authorities will start drafting mobility plans for the boroughs aiming at more pleasant residential areas. The expansion of Zone 30 planned for 2021 is regarded as a necessary preliminary step to achieve these goals.