Lithuania to up its wind power generation capacity 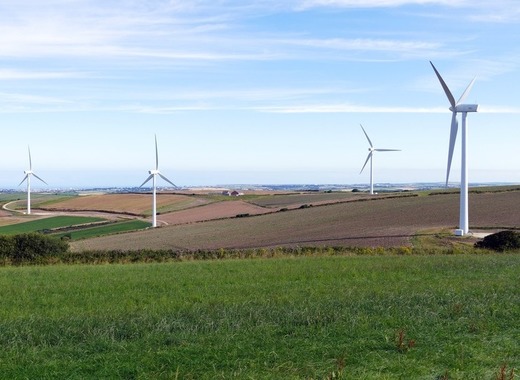 The cost of the project has not been officially revealed, but Aistis Radavicius, the head of the Lithuanian Wind Power Association (LWPA), has said the investment cost is around 1 million euros per 1 MW of power. That would put the total cost of the Danish investment at about 500 million euros.

European Energy has developed over 1,000 MW of wind and solar power capacity in total. Currently, the company is building farms in Denmark, Finland, Sweden, Germany, Italy, Brazil and Mexico.

Lithuania Energy Map shows that as of 2016, there were over 160 operational wind farms in Lithuania, but most of them were small farms generating less than 2 MW. Nevertheless, according to LWPA, one 2 MW wind turbine could supply electricity to 1900 – 2080 households, while a 30 MW wind farm would serve as primary electricity source to a town of about 30 000 citizens.

Annual production of all wind turbines in Lithuania in 2017 was 1,3 TWh. This is enough to cover the needs of more than 1,4 billion of citizens, LWPA says.

The pros and cons of wind energy

Wind power generation has mostly advantages but also some disadvantages which must be accounted for in wind farm construction projects.

Proponents point out that wind is both a renewable and sustainable resource, is readily available and free and reduces fossil fuel consumption. Wind turbines have a relatively small land footprint, require relatively low maintenance and can be instrumental in bringing power to remote locations.

Critics say that wind, like the sun, is not a constant source of energy, that wind turbines are still very expensive, create noise and visual pollution and pose a threat to wildlife – primarily flying creatures like birds and bats.

To sum it up, wind is one of the cleanest and most environmentally friendly sources of energy available today and wind power generation emerges as a crucial tool in countering climate change.