Thanks to a future cycling connection 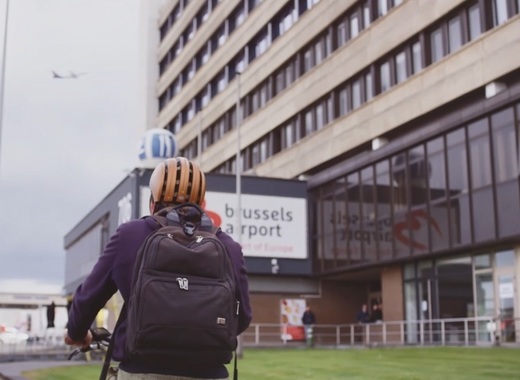 Construction work on a junction to Brussels Airport on the F3 cycle motorway between Brussels and Leuven began on Tuesday, the Brussels Airport Company announced. Thanks to this connection, there will be one more easy, safe and environmentally friendly way to reach the main airport in Belgium. The expected duration of the works is four months.

In just four months, employees working at Brussels Zaventem Airport, residents and air travellers looking for a more active journey will be able to use a new cycling connection. The works have started near the Heidestraat in Zaventem, and once ready, the connection will link Brussels Airport to the F3 cycle motorway between Leuven and Brussels.

In fact, the connection is not just useful for those departing from Brussels city, as the F3 passes through the stations of Leuven, Herent, Veltem, Erps-Kwerps, Kortenberg, Nossegem and Zaventem and connects to the regional cycle route 1b in Brussels.

The airport thus becomes part of a wider cycling network. The connection to the airport will be located mainly in the bed of the old railway line and will be approximately two kilometres long.

Under normal circumstances, the airport company explains, as many as 70,000 passengers and 24,000 employees travel to the airport every day. With the construction of this connection to the cycle motorway, Brussels Airport aims to make cycling to the airport more comfortable and attractive in order to encourage the use of bicycles. In addition, it is also yet another sustainable alternative for the daily commute.

The project will be completed thanks to the collaborative efforts of the Flemish Region, the province of Flemish Brabant, the municipality of Zaventem and Brussels Airport Company.