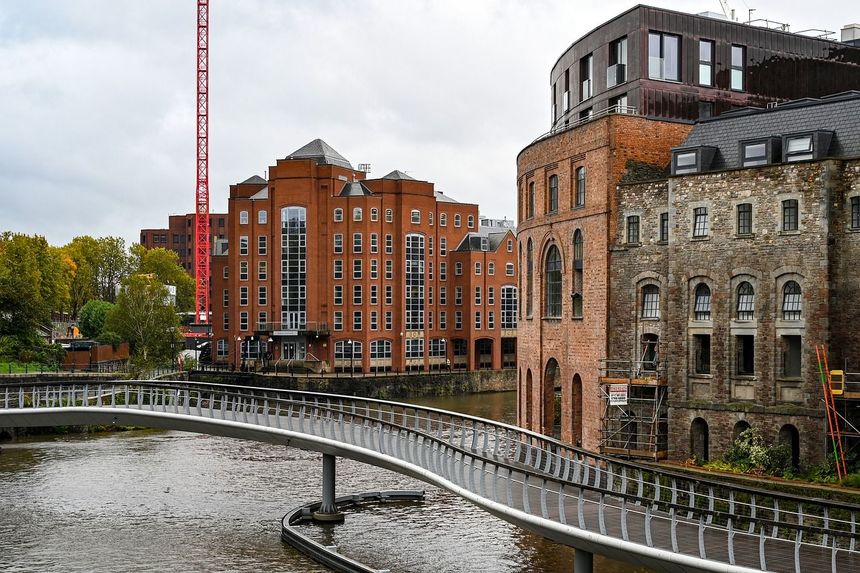 The first traces of human inhabitation in the area of Bristol date back hundreds of thousands of years but the city proper was established sometime in the early 1000s. At first, Bristol was founded as a minting centre producing silver pennies but over the coming centuries it developed into one of the most important port towns in England and the world.

During the 15th and 16th centuries, Bristol was the centre of bristling trade with different parts of the world, including Ireland, Iceland and Gascony with later merchants establishing trade routes all the way to Spain and the Americas.

In fact maritime trade is one of the most important aspects of Bristol’s history. In the late 16th and early 17th centuries, fishermen from the cities began establishing overseas colonies, such as Bristol’s Hope. The growth of the British Empire brought great prosperity to the city as maritime trade grew more and more important.

Over the decades, Bristolian merchants amassed large amounts of wealth from numerous lucrative trade routes, including tobacco, rum, rice, cotton and slaves. That wealth and the exponential expansion and growth of the city were instrumental to it developments and allowed its local population to expand into the tens of thousands in just a matter of years.

Over the last century, however, much of Bristol’s history and growth has come under heavy scrutiny due to the role played by the slave trade in its development. As recently as July 2020, tensions flared over the statue of slave trader Edward Colston, that was first thrown into a nearby river and then relocated to a local museum.

According to 2017 data, Bristol has a population of some 463,000 citizens. It is the largest city in South West England and covers a territory of 110 sq.km.

For the most part, Bristol’s economy is tightly interwoven with its ports with the city being a major trade destination thanks to its many well-developed harbours. Over the course of the 20th century, the development of the aeronautics industry brought further growth to the city and allowed it to develop thriving tourist, media, IT  and financial services sectors. 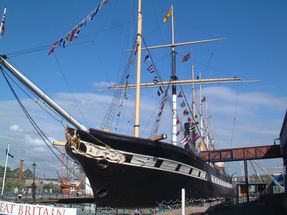 One of Bristol’s most recognizable and visited landmarks is the museum ship and ex-passenger steamship, the SS Great Britain. Between 1845 and 1854, she was the largest of her kind and was designed Isambard Kingdom Brunel to service the route between New York City and Bristol.

The ship was decommissioned after her owners were forced out of businesses due to her enormous operating costs and she was sold for salvage in 1852. The SS Great Britain then served as a passenger ship to Australia until 1882 after which she was decommissioned and set to the Falkland Islands to serve as a warehouse.

The ship was finally scuttled in 1938 but in 1970 it was raised from under the sea at the behest of Sir Jack Arnold Hayward who returned it to Bristol where it welcomes some 200,000 visitors each year. 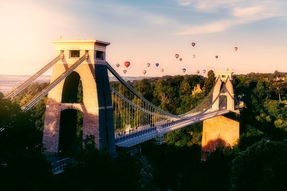 The Clifton Suspension Bridge spans the Avon Gorge and the River Avon, linking Bristol’s Clifton to the Leigh Woods in North Somerset. It was first opened in 1864 and since then it has functioned as a toll bridge, paying for its own maintenance and upkeep.

Plan for the construction of the bridge were first proposed over a century before its actual opening – way back in 1753. The previous bridges, the first of which dated back to the 13th century, had grown incapable of handling the ever-increasing traffic to and out of Bristol which necessitated a grander design and plan.

Since its construction, the bridge has been the site of numerous historic events, including the last ever Concorde flight in the year 2003 and the handover of the Olympic Torch in 2012.