Young people are invited to design Brno of the future 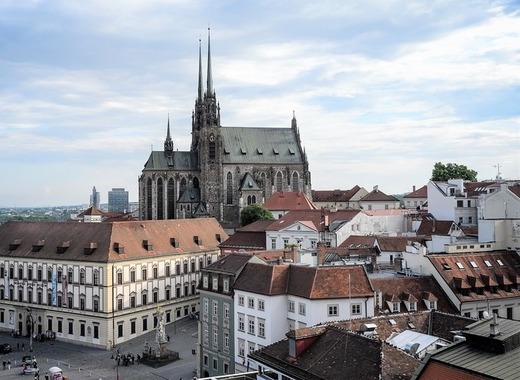 Imagine you have a time machine that will take you to the future in which there is an ideal Brno that you will be happy to live in. This is what a Brno Future Contest (#BrnoBudoucnosti) is about – gathering opinions on what the Czech city should look like in 2028.

The competition is open to teenagers between the ages of 15 and 20 who are given a unique opportunity to express their vision of the future of the city they live and study in, or visit. The task is to represent their visions of Brno's appearance ten years from now into a literary or audiovisual piece of art. Brno city will then use their ideas in its candidacy for the European Capital of Culture for 2028.

To prepare a successful application, the artworks should answer the following questions:

The competition is in two categories, individuals and school classes. Individuals and teams can submit their work by the end of November. And of course, they have the chance to win very interesting prizes, including trips to Dublin, Vienna, Krakow, Berlin, Malta or gift vouchers.

The competition is organized jointly by the City of Brno and Jiří Mahen Library, supported by Student Agency, Kytary.cz and Snowboard Zezula. The winner will be decided next January by a jury including writer Jan Němec, creative producer Kamila Zlatušková, director of the Jiří Mahen Library in Brno Libuše Nivnická and councillor for culture Marek Fišer.

Learn how to get involved here.