100 European cities will become climate-neutral by 2030

100 European cities will become climate-neutral by 2030

The cities were selected by the EU Commission and with its support, they should become trailblazers in the EU’s push for net-zero by 2050

Today, the EU Commission announced the 100 cities that will take part in the bloc’s Mission for climate-neutral and smart cities by 2030. The aim of the Missions, as an EU policy tool, is to support the goals of Horizon Europe with tangible and smaller-scale initiatives that target specific issues.

In this case, climate-neutral and smart cities by 2030 mission opts to create role model urban centres, that can support a thriving green innovations eco-system. The Commission aims to stimulate the links between local authorities, national authorities, EU institutions, the academic community and citizens.

Back in January, they launched the first call for applications, and after an overwhelming 377 candidacies, the commission settled on 100 cities. The cities are from across all 27 Member States, and also include some entries from the EU’s associate countries, like Montenegro, Israel, Albania and etc. They also include 12 European capitals like Paris, Dublin, Amsterdam, Madrid, Lisbon and Sofia. 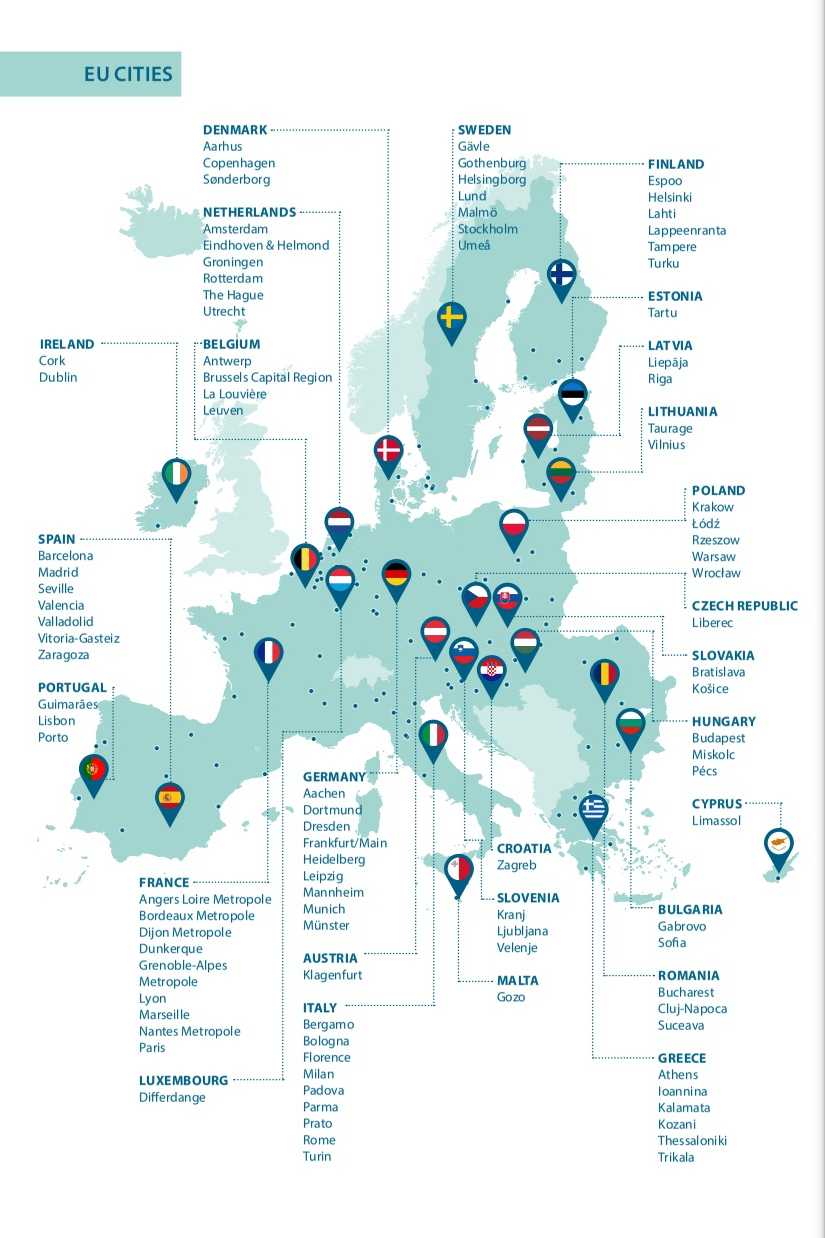 A map of the EU cities that will aim for climate neutrality by 2030,
Source: European Commission

Cities have a make or break role in climate change

According to EU Commission data, currently, 75% of the bloc’s inhabitants live in cities. On a global scale, cities take up only 4% of the earth’s landmass but consume 65% of the total energy production while producing 70% of global CO2 emissions.

This is why targeting cities in the fight against climate change can have a major impact on delivering sustainability goals. And the Commission wants to use these flagship cities as a role models for the rest as climate deadlines are getting closer by the day.

According to the Green Deal, nations have to reduce emissions by 55% by 2030. In practice, this means cleaner air, less congestion, better public transport and less noise.

The next step for the chosen hundred

The goal of the mission is quite simple – to have 100 climate-neutral cities by 2030. At the same time, they should act as experimentation and innovation hubs, that can drive others towards the goal by 2050. After they get into the programme, they will be able to receive tailor-made advice and assistance from NetZeroCities and unlock additional funding.

The 100 cities will also now develop something the Commission calls Climate City Contracts. These will map out local authorities' strategies to reduce emissions across all sectors like energy, construction, waste management and transport, along with investment plans.

The development process of climate contracts is supposed to involve citizens, authorities, research organisations and the private sector. At the same time, cities that stride forward towards net zero emissions should become more attractive places for investment, due to their innovations and increased visibility.

The President of the EU Commission, Ursula von der Leyen explained that, despite the green transition making its way across the continent, there is always a need for trailblazers that strive for more.