The Zi de Bine Association and “BookFace” (Cărțile pe față) association have launched BookTruck, a mobile library that will provide quality literature for over 20 villages in the Cluj-Napoca region. The joint initiative was announced on 5 July and currently has no end date.

The idea was proposed by Victor Miron, a Romanian author and the initiator of “BookFace”. He described the BookTruck as functioning almost like an ice-cream truck, bringing coveted products to remote parts of the country.

He continued: "How about there's a BookTruck that can walk around the streets, and from the megaphone to hear: "We have books, let's borrow books!”

The books will reach some 20 villages in the Cluj-Napoca countryside that do not have libraries at the moment. Every day the truck will stop in a different town and let the locals borrow books for free.

BookTruck will allow its visitors a maximum of four books per person for the month, and will stop in each town only once per month.

The altruistic book-lending project was financed by the strategic partners of BookFace - Zi de Bine, which provided around 30,000 euros.

Victor Miron offered some more context, explaining that during last year's lockdown he stayed with his parents in a village near Cluj. Despite recent efforts towards modernisation, such as sewage, gas and paved roads, the village still lacked a library.  Then he realized he could change that with a mobile library, a good first step towards having permanent libraries there. 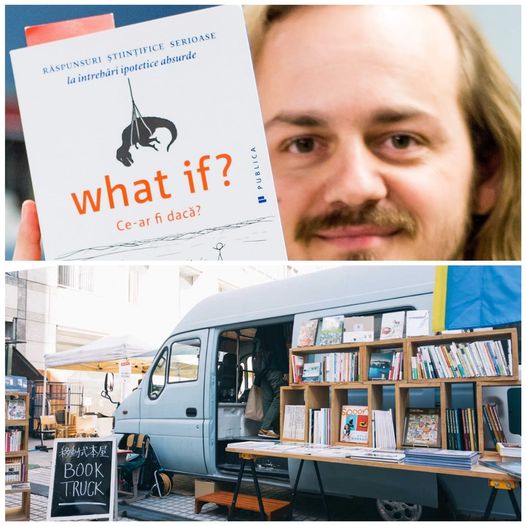 The project also wants to shorten the distance between professionals in the city and the locals, closing the urban-rural divide. They are aiming specifically at young people and plan events with readings and meeting with doctors, ITs, actors and various other professionals so that “young people know what it means to practice these professions”.

After all, the whole project is aimed primarily at children and young people without excluding others – there are books for all ages. However, the press release mentioned specifically that the BookTruck has managed to procure enough Harry Potter and “The Little Prince” copies.

Melania Medeleanu and Luciana Zaharia, the founders of “Zi de Bine” were quoted as saying: “BookTruck is a project designed to help young people grow, dare to dream and develop through reading. Such experiences give young people new perspectives on life and can help them turn their dreams into reality."