Debrecen’s Flower Carnival: a spectacular cavalcade of petals and dancing

Debrecen’s Flower Carnival: a spectacular cavalcade of petals and dancing

Local authorities report that the carnival had around 2,000 participating dancers

Last week, Hungary’s second-largest city – Debrecen, hosted its annual Flower Carnival (Virágkarnevál), one of the most significant celebrations in the local area and the city’s way of marking the country’s national holiday.

The festival was on a two-year hiatus during the pandemic like many European annual celebrations, but this year it hosted nearly 2,000 dancers and 12 movable flower installations. Additionally, the Flower Carnival welcomed groups from all over the world, including Italy, Spain, Belgium, Germany, Turkey, Columbia and even South Korea.

Despite its long history and popularity, the Flower Festival has been able to maintain its local character and many of the participants are small producers and vendors from the area.

For all of Hungary, 20 August is a special day, making the anniversary of King Stephan I being named a saint.  But in Debrecen, it has an extra flair, as it is the day of the Flower Carnival. According to official sources, the festival has been held almost every year since 1966 and this year is its 53rd edition.

However, some city archivists believe that it actually has even deeper roots, as there was a flower celebration organised by the local Civic Cyclists’ Association in the year 1900. The cyclists wanted to celebrate the creation of a new track with flower installations hauled on their bikes.

The next time flowers showed up as a celebration in the city was in 1905. That year, Debrecen saw its first-ever ambulance, purchased for public health reasons. Before that, in cases of emergency, the city’s 80,000 inhabitants had to rely on word of mouth and organize their own journey to reach a doctor.

The Flower Carnival was brought back as an annual event in 1966 and has evolved since then to offer a whole host of activities, amid the cavalcade of spectacular floral arrangements. At the same time, however, it has also kept its local character and focus on preserving nature. 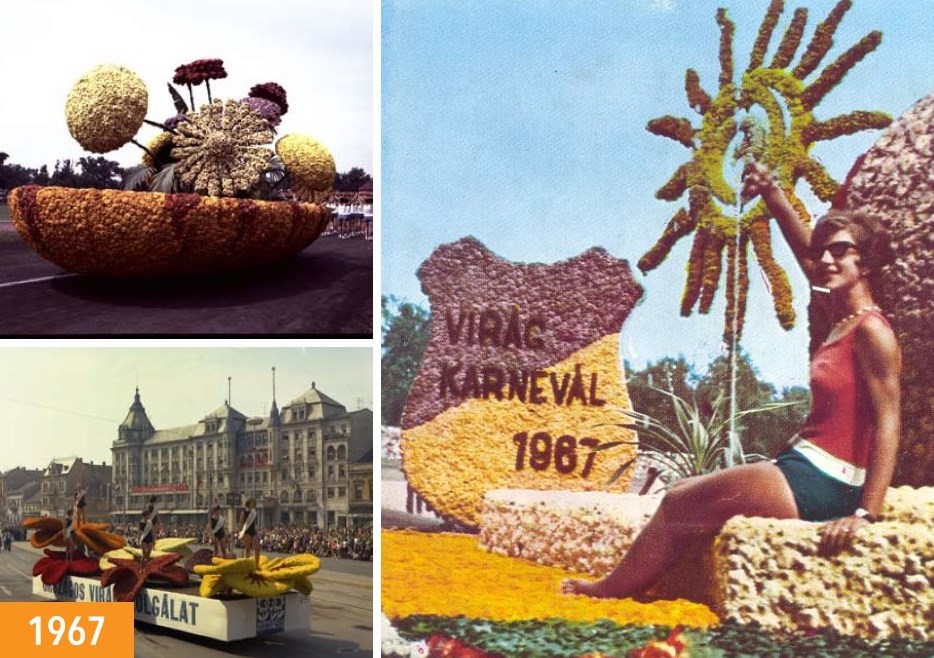 Images from the flower carnival in 1967, Source: Virágkarnevál

Are you between 15 and 29 years old? Take a moment to complete a short survey on youth empowerment on this link.