Today, the German Deutsche Telekom announced the end of Telephone Boxes in the country, after 142 years of operation. Currently, there are 12,000 phone booths still in operation, however, after today, the company will deactivate the payment by coin system and people will only be able to use them with a phone card.

That function would also be deactivated, however, at the end of January 2023. Still, Deutsche Telekom will need at least until 2025 to remove the last boxes. Additionally, the company has said that it would leave behind around 3,000, which will be converted into small cell towers with small antennas to amplify mobile coverage.

The company has decided to make the move due to the Telekommunikationsgesetzes (Telecommunications Act) from 2021, which ended the mandate to operate public phones. This is because enough people use cell phones and emergency calls are easier with them.

A brief history of phone booths in Germany

The first so-called 'Telephone Kiosk' (Fernsprechkiosk) in Germany opened in Berlin in 1881. In the years that followed, the Bundespost, which existed between 1947 and 1994 managed the booths, which had a very distinctive yellow colour.

The booths saw their peak popularity in the mid-1990s, when they could be found at stations, in residential neighbourhoods and even at the edges of forests. When Telekom took over from Bundespost, it had to manage 160,000 phone booths.

Moreover, as Tagesschau reports, the booths are energy guzzlers, each using up between 500 and 1,250-kilowatt hours of energy per year. 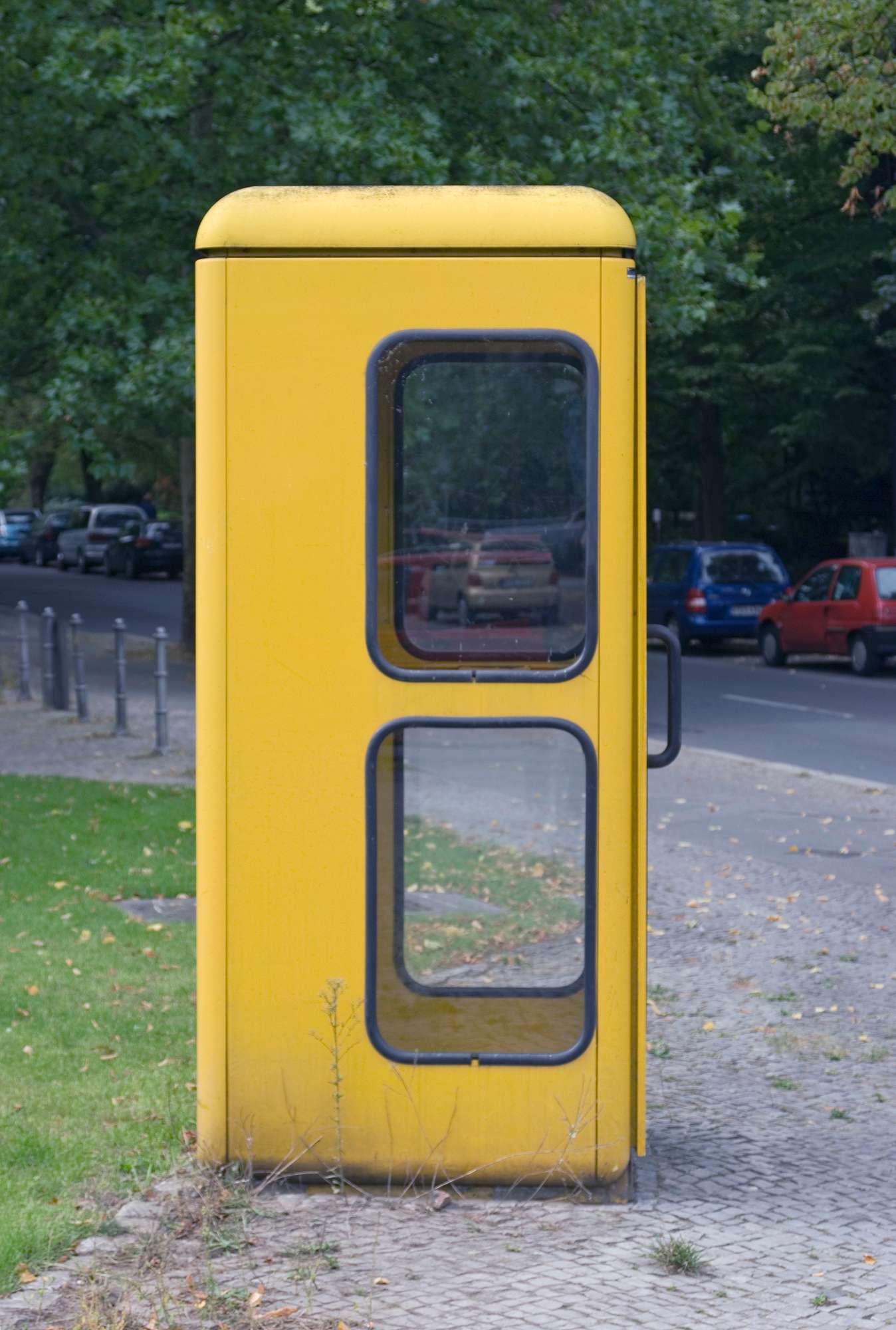 Yellow phone boxes are hard to find these days, despite their long history
Source: Depositphotos

There is a lot of nostalgic interest in the old phone boxes, including from museums like the Communications Museum in Frankfurt. Phone boxes are often used as hip furniture as well - think bookcases, mini recording studios or even shower stalls.

People can buy discarded and used German phone boxes from Deutsche Telekom itself for around 500 euros. The old yellow boxes have been sold out from Telekom’s stock for years, according to a company spokesman.