According to Mayor Klaus Schneeberger, the cities of today need density and vertical expansion

Culture and Tourism / Economy and Finance

Some reassuring news, and that doesn’t even take into account most of the summer stats

Which cities and regions will lead EU’s circularity initiative?

Catalonia to establish a Citizens’ Assembly for Climate

The site has historic significance both to the city and to the whole of Europe, as the place where the Iron Curtain fell down

Germany says it could end Russian gas dependency by 2024

Germany says it could end Russian gas dependency by 2024

According to the Ministry of Economic Affairs, Russian oil imports could be cut in half by this summer

According to a statement by the German Federal Ministry of Economic Affairs and Climate Action from today, Europe’s largest economy could halve Russian oil imports by the middle of 2022. In the case of natural gas, the country could become ‘largely independent’ by mid-2024.

De-Russifying the energy mix in the short term

According to data from the Clean Energy Wire from 2021, more than 40% of Germany’s energy mix is made up of fossil fuels like coal and natural gas. The country also has an infamous fuel import relationship with Russia that has been the cause for criticism over the years.

Germany imports around 40% of all its fossil fuels, including coal, gas and oil from Russia and that number was only set to rise with the planned opening of Nord Stream 2 this year. However, with the start of the war in Ukraine, authorities in Germany were forced to make a shift. 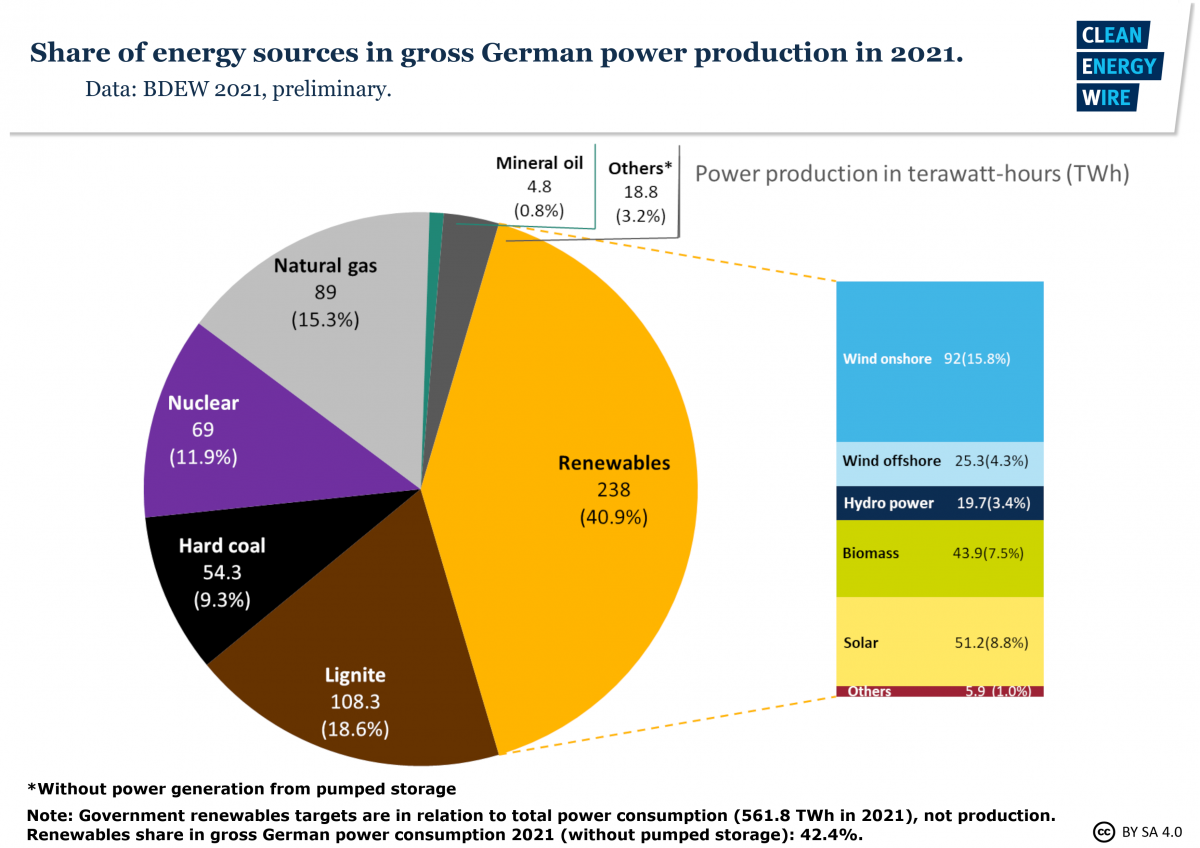 The issue was compounded by pleas from Ukrainian officials and voices both in Germany and in the European community, calling for an end to Russian fossil fuel dependency for the continent.

According to the Ministry of Economic Affairs and Climate Action, Germany’s dependence on Russian coal imports will drop from 50% to 25% in the next few weeks. This rapid development is due to local energy producers reorganising their supply chains. By early summer, they say that the majority of operators would have dispensed with Russian hard coal and by autumn – Germany would be completely independent.

Furthermore, Germany’s dependence on Russian oil is also expected to drop to 25% quite rapidly, with officials saying that oil imports would be halved by the middle of the year. According to Vice-Chancellor and Economy Minister Robert Habeck, companies will let contracts with Russian suppliers expire without renewing them, instead, switching to other sources.

Pushing the agenda of renewables

With the war in Ukraine disrupting supply lines, exports and imports, the issue of energy transition towards renewable sources in the European Union is now more pressing than ever. In Germany in particular, Economy Minister Habeck has explained that decoupling from Russia would take a massive joint effort – federal, state, local, private companies and households all need to work together.

He continued by saying that the country needs to expand renewables, consistently reduce consumption on all levels, diversify and ramp up hydrogen. If all these things coincide, experts from the Ministry believe that Germany could be largely independent of Russian gas by mid-2024.

This includes a speedy expansion of both Hydrogen and LNG infrastructure in the north of the country, with Hamburg set up to play a key role as one of the biggest hydrogen hubs.

All
Estonia / Tartu / Education and Sport

Daring Cities 2022: The forum that puts climate action back in focus

Gladsaxe: One of the first Danish cities to map its food waste