After a four-day ride, the convoy will deliver 500 tons of aid to the distant border of the European Union

Yesterday, a massive trucker convoy left Ireland bound for the Polish-Ukrainian border and carrying 500 tons of humanitarian aid, as the RTÉ reported. The convoy consists of 25 trucks with a swathe of cargo companies pitching in to help get the aid to the other side of the European Union.

‘Aid from Ireland’, as the convoy is called, is believed to be the largest such to have ever left the country and it is the product of many charities and companies collaborating on both sides of the island. Notably, this includes Irish Ferries, who supplied ‘Aid from Ireland’ with ferries to take the trucks across the Irish Sea and onto the mainland.

At the same time, a different convoy left Cork carrying 25 tons of medical supplies. This one was put together by volunteers from Cork City Missing Persons Search and Recovery and by the driving force behind the Penny Dinners charity in the city.

Putting the convoy together

Much of the aid onboard the 25 trucks was sponsored by the companies that also supplied the machinery and drivers in the first place. Another portion of the supplies has been sourced through private individual donations, church communities and school-coordinated campaigns. 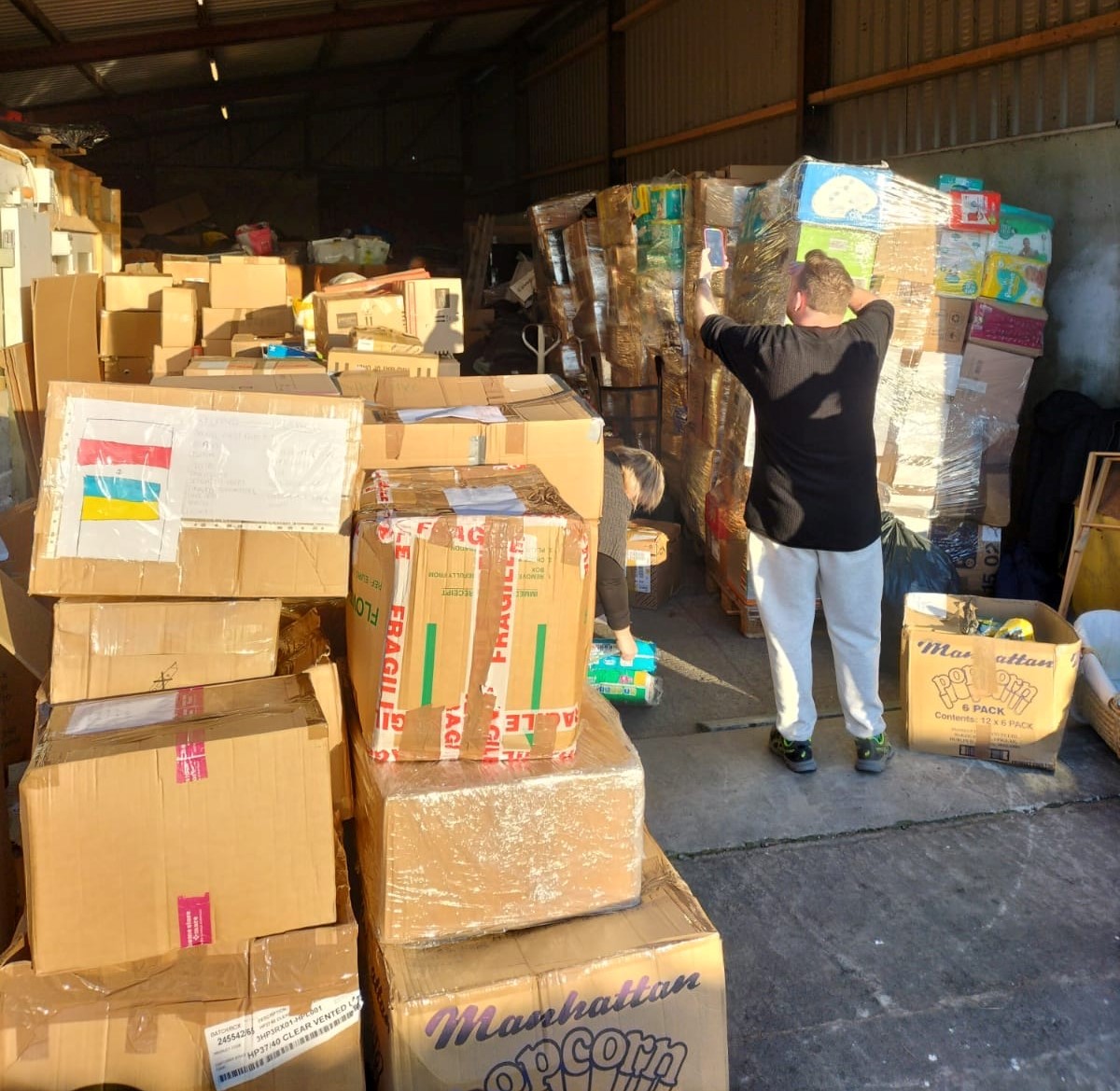 Many of the supplies were stored in facilities provided
by the trucking companies, Source: Humans of St Mary Dioscena

The drivers themselves will be working the trip as unpaid volunteers. Most of them will unload the cargo on the Polish side of the border, however, four are planning to go into Ukraine itself to deliver more immediate supplies quicker.

The convoy is carrying 600 survival kits, flashlights and warm clothing, six pallet loads of first aid and medical supplies, as well as a whopping 10,000 kilograms of porridge.

‘Aid from Ireland’ departed at 4 PM on 8 March from Dublin to Cherbourg, France. Moreover, the journey to the other side of the Polish-Ukrainian border is expected to take around four days and a half, whereupon reaching their destination the aid will be unloaded to help centres on both sides of the border.