The plant will be located in Debrecen, Hungary’s second-largest city

Currently, municipalities in Germany cannot issue their own maximum speed laws if the latter are below a certain threshold

Parental aid centre in Sofia transforms into work of art

REGIOSTARS: Here are the best local EU-funded projects of 2021

REGIOSTARS: Here are the best local EU-funded projects of 2021

Although there are thousands of projects funded by the European Union every year, only a few of them manage to have a spectacular impact on the development of the continent. This year, they were the winners of the REGIOSTARS awards, the so-to-speak label of excellence for EU-funded projects.

They were announced yesterday, and all projects focus on regions and local impact. REGIOSTARS is a yearly competition that started back in 2008, organised by European Commission’s Directorate-General for Regional and Urban Policy.

Each year hundreds of projects compete in five categories: Smart Europe, Green Europe, Fair Europe, Urban Europe, and the topic of the year, as well as a public choice award. This year’s topic is Enhancing Green Mobility, in line with the European Year of Rail.

While the competition had submissions from across the European Union, it looks like the big winner this year is Belgium with five out of the six categories featuring serious involvement by local communities in the small country.

A fruitful collaboration between two tech innovators from SIRRIS and entrepreneur training company SYNTRA led to the creation of a 3D printer capable of printing metal parts on an SME (Small and Medium-Sized Enterprise) scale. The project also focused on integrating the process into a typical machine shop in Limburg, Belgium.

The simplified production line, assembly and quality control is a first for Belgium and has great potential for small enterprises and on-site production. Furthermore, 3D printing generates less material waste than other means of production. Cutting raw material consumption is not only vital for reducing manufacturing costs, but it also has a huge environmental impact.

Green Europe: making sustainability a part of the urban fabric and ensuring a just transition

The ICCARus programme in the Belgian city of Ghent focuses on providing low-income families with funding house insulation, making homes energy efficient. While there are European programmes that cover that, they usually offer reimbursement on finished improvements.

This has the undesirable effect of excluding low-income households, which do now have the initial funds for the improvements. Ghent is a region with a relatively high homeownership rate of around 70%, however, a good third of those homes do not meet minimal safety and energy efficiency requirements.

The energy efficiency of Belgium’s housing stock is roughly 70% lower than the EU average.

Enter ICCARus, which offer homeowners 30,000 euros for the renovations. The only condition is that if they later decide to sell the property, they need to return that money and pay the organisation the increase in the value of the house.

This creates a rolling fund, that can then be used to cover other households. 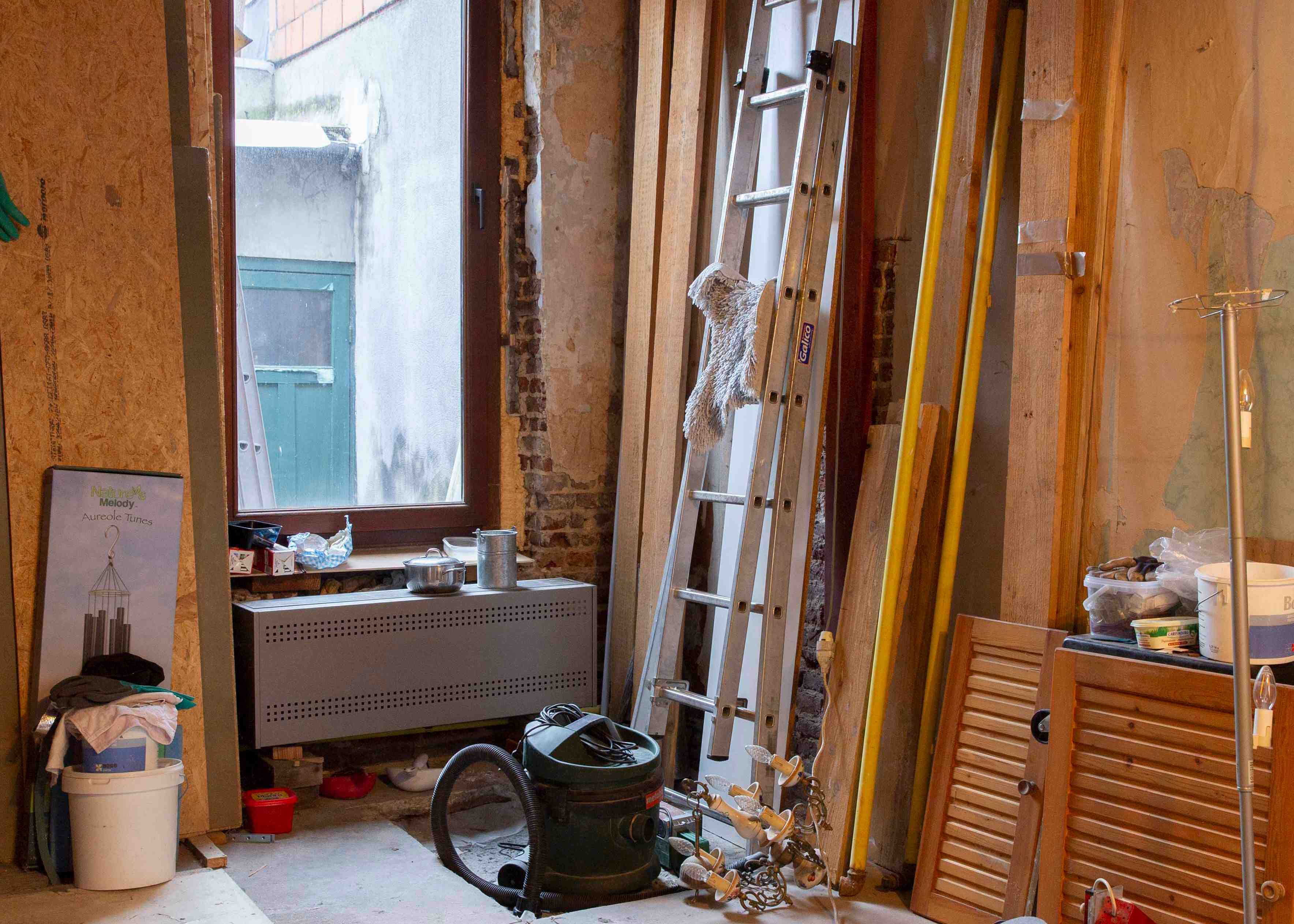 The project is called THREE and it focuses on training social workers to handle the specific issue of refugee integration. The project has trained 60 specialists: social workers, teachers, administrative staff and interpreters in three areas: development of intercultural communication skills, support for refugees during the integration process, and building personal resilience.

Furthermore, all interpreters were refugees themselves, to help bolster ties with the community. Up to 2021, the new specialists have helped over 600 people find work and integrate in the region.

One of the biggest benefits of training people to do food preservation is that it discourages food waste from unsold produce at supermarkets or surplus from harvests. It also helps preserve seasonal food. This creates a stable link between rural and urban food production, as large canaries need an urban population.

The mobility project in Ireland focused on creating a Multimodal Transport Hub in Derry/Londonderry in Northern Ireland. The transport hub integrates different modes of public transportation, such as intercity buses and rail, to offer better mobility options for people travelling between the region of Donegal, Northern Ireland and the rest of the Republic of Ireland.

The big focus of the hub is to provide affordable car-free options.

The north-western part of Northern Ireland has the highest levels of cross-border travel on the island and a lot of it is happening by personal vehicles. The idea is that public transport options should be integrated within the network. 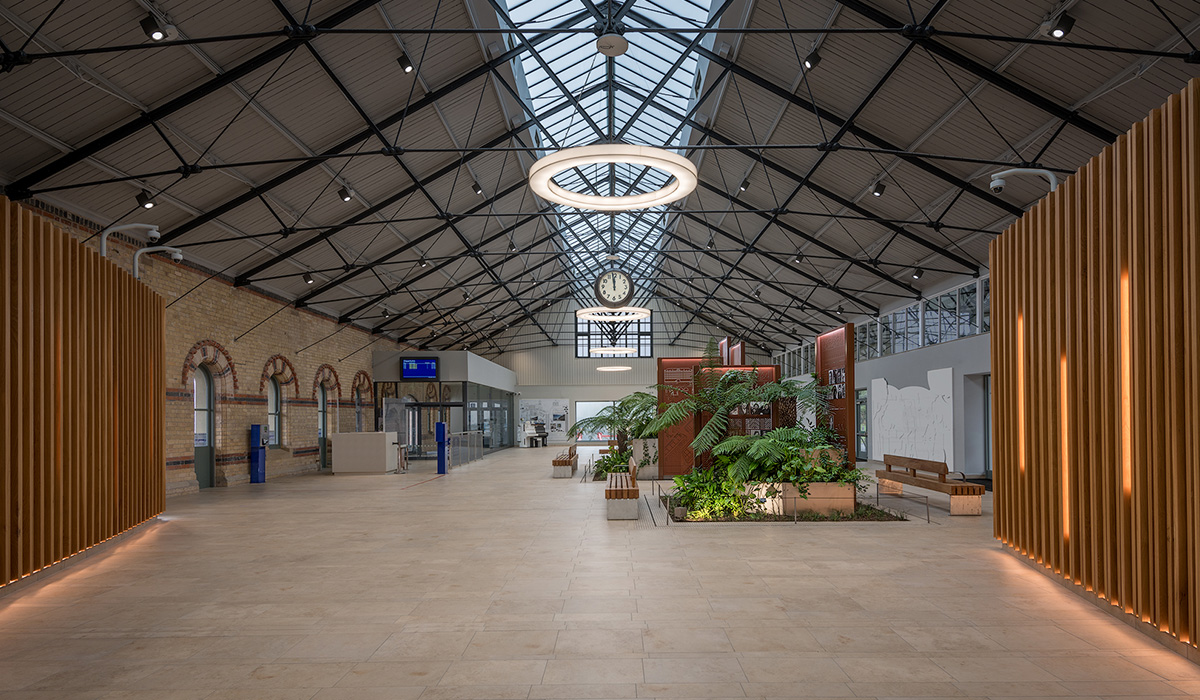 The interior of the Multimodal Transport Hub, Source: Institution of Civil Engineers, UK

The project focusing on urban green and blue areas is called BEGIN. It aims to create stable links between city officials and the communities through regenerating public spaces. The cities that were involved are Antwerp and Ghent in Belgium; Aberdeen, Enfield and Bradford and Kent county in the United Kingdom; Dordrecht in the Netherlands; Hamburg, Germany; Gothenburg, Sweden; and Bergen in Norway.

The plant will be located in Debrecen, Hungary’s second-largest city

Wildfire in Portugal spoils the air all the way in…Madrid

This summer, the Iberian Peninsula has turned into a veritable tinder source ready for disaster

Dropped your keys down the sewage drain? Barcelona has a special rescue team for that

The service is provided free of charge, but like most public offices it’s closed during the weekends, so you might still be in a bit of a pickle

Wildfire in Portugal spoils the air all the way in…Madrid

Rotterdam has a sustainability champion

Dropped your keys down the sewage drain? Barcelona has a special rescue team for that