Robots come to hospitals in Graz and Leoben

Robots come to hospitals in Graz and Leoben

Robots are coming to help doctors in operating rooms in Graz and Leoben. The “DaVinci” robot-assistance operating system is now available in LKH Hochsteiermark State Hospital in Leoben, and it will also come online at the University Hospital Graz in the autumn.

The robot will aid doctors in performing minimally invasive (buttonhole) surgery. Another addition making its Austrian debut in Graz will be a disinfection robot.

The robot consists of four arms and a video tower for controlling the three-dimensional camera and the lighting technology.

A surgeon needs to sit behind the controls and perform the operation, but what the “DaVinci” will do is show a blown-up view of the area that is being operated on. The 3D image will be enlarged ten times and the robotic arms will allow the surgeon to operate with detailed precision thanks to microsurgical instruments.

The device will do minimally invasive buttonhole surgery, which is great news for patients, as the recovery times from these types of procedures are drastically reduced, and so is blood loss.

A safer and easier solution for a variety of surgical procedures

One of the “DaVinci” robot’s main uses is for operating on prostate cancers, but also in gynaecology and visceral surgery.

The viscera are the large internal organs of the body. Visceral surgery is a specialised branch of general surgery. It focuses on the disorders and deformities of the viscera and mammary glands that can be treated through surgical intervention. 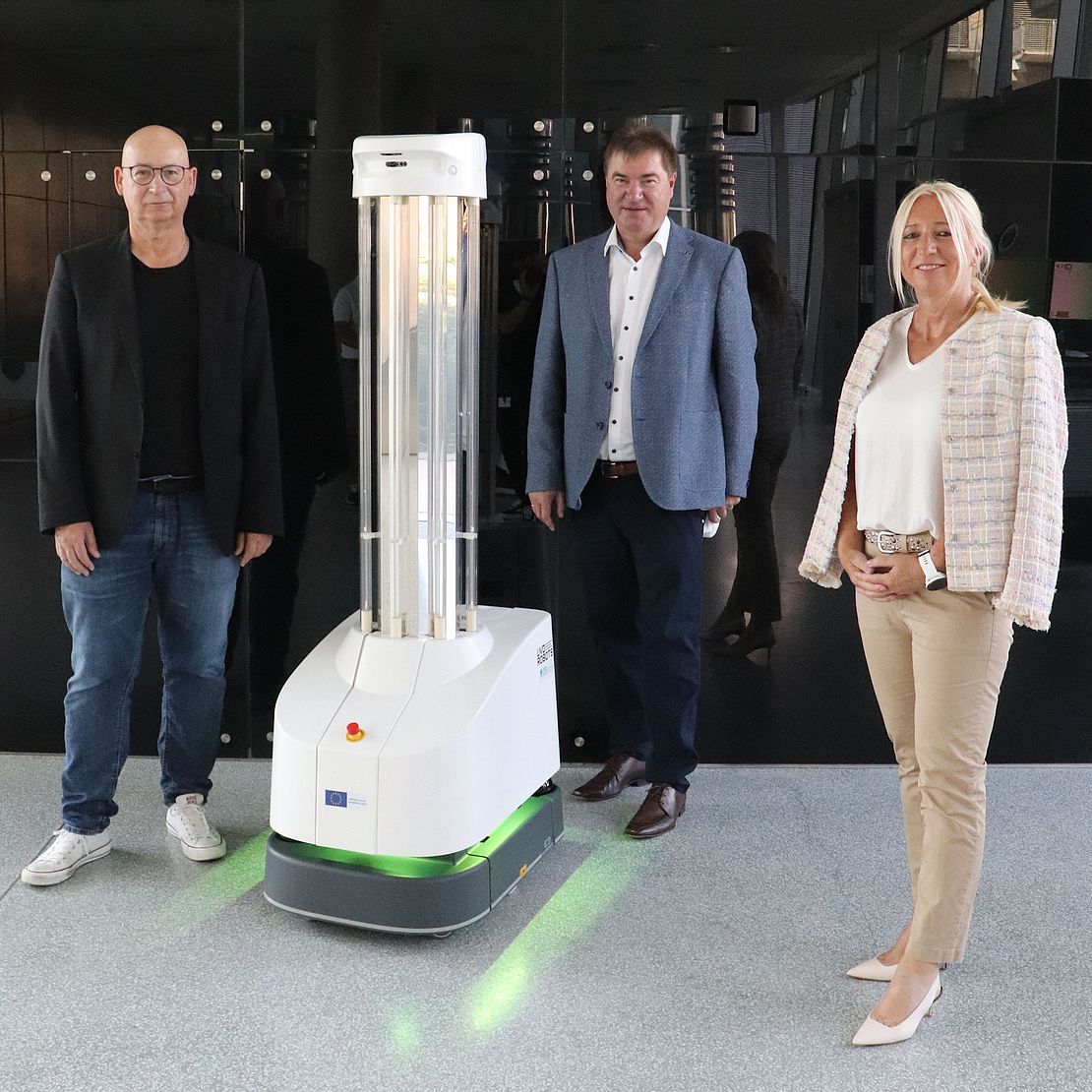 The LKH Graz II Hospital also introduced a novelty. The UVD Robot, an autonomous disinfection device that uses UV-C light to kill viruses and bacteria on surfaces and in the air, is now in use at the hospital’s western building.

This latest generation of robots can disinfect a 4-bed room independently in 10 minutes. LKH Graz II is the first hospital in all of Austria to be equipped with that type of machine.