The Irish town of Drogheda unveiled the first six murals, which are part of the planned Urban Art Trail. The murals celebrate the local mythological tradition while attempting to reinvigorate derelict public spaces and streets to inject the town with vibrant colour.

The Urban Art Trail is part of a wider arts initiative, called DRAWDA, which will start off with the modest six murals, however, authorities plan to add an audio companion tour by this summer. Furthermore, the Droichead Art Centre, spearheading the project, has announced that they will expand the programme with an additional 14 artists over the next three years.

According to authorities, after it is finished, DRAWDA will be a multidisciplinary arts project, that will encompass public spaces in the town of Drogheda, intertwining culture and heritage with the urban environment.

The project is the result of collaboration between the Louth County Council Arts Office, Droichead Arts Centre and Love Drogheda Bid (Business Improvement District). The move was inspired by the Covid pandemic, with many people moving back into smaller towns and finding recreational spaces in their local areas within walking distance.

According to a press statement, the organisers believe that as more people start working from home, they will want to reconnect with towns. This, would, in turn, create the opportunity to inject towns with a greater sense of self, mainly through culture, but also, by increasing the quality of stay.

The mythological roots of Drogheda

The town of Drogheda is a location of great importance in Irish mythology, as it is cited as the landing point of the different voyages of mythic peoples that have populated the island, including the Formorians, the Partholinians, the Nemedians, the Firbolgs, the Tuatha Dé Danann, and the Milesians.

The murals colouring the city streets celebrate much of that mythical past. One of the murals features the Dagda - portrayed as a father figure, king, and druid. The mural was done by the painter Russ from France. The Dagda is an important part of the Irish mythological cycle and he is associated with fertility, agriculture, manliness and strength, as well as magic, druidry and wisdom. He can also control life and death, the weather and crops, as well as time and the seasons. 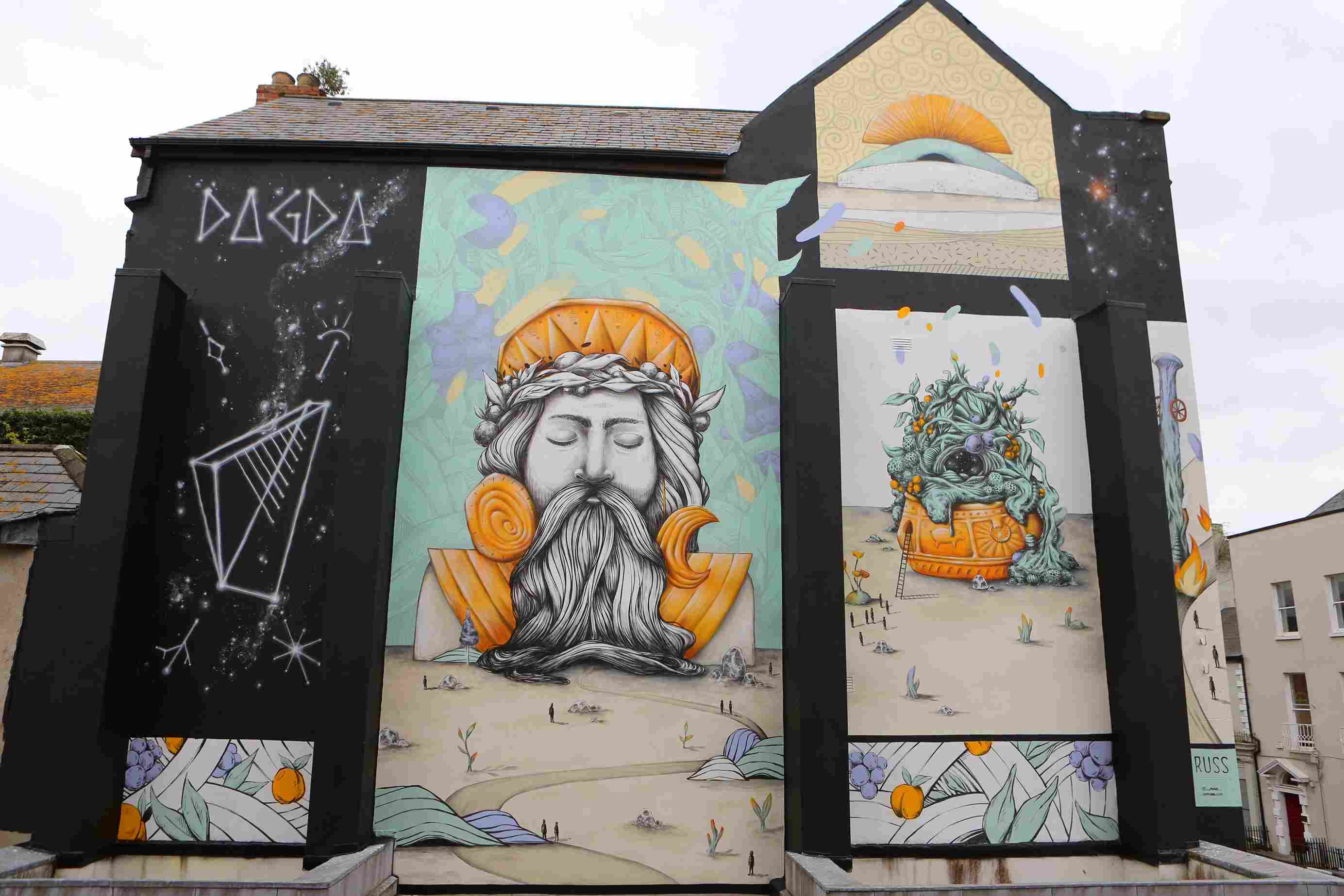 Another mural features the story of Fionn MacCumhaill and the Salmon of Knowledge, featured in a mural by Ciaran Dunlevy. As the myth goes, the poet Finn Eces spent seven years trying to catch the salmon of knowledge, and when he finally did, he gave it to his servant - Fionn MacCumhaill to cook.

Fionn did so but accidentally burnt his thumb on boiling fish fat, and while sucking on his burnt thumb he ingested a condensed form of all the knowledge of the world, harnessed by the salmon. This is how he became the wisest in the land. 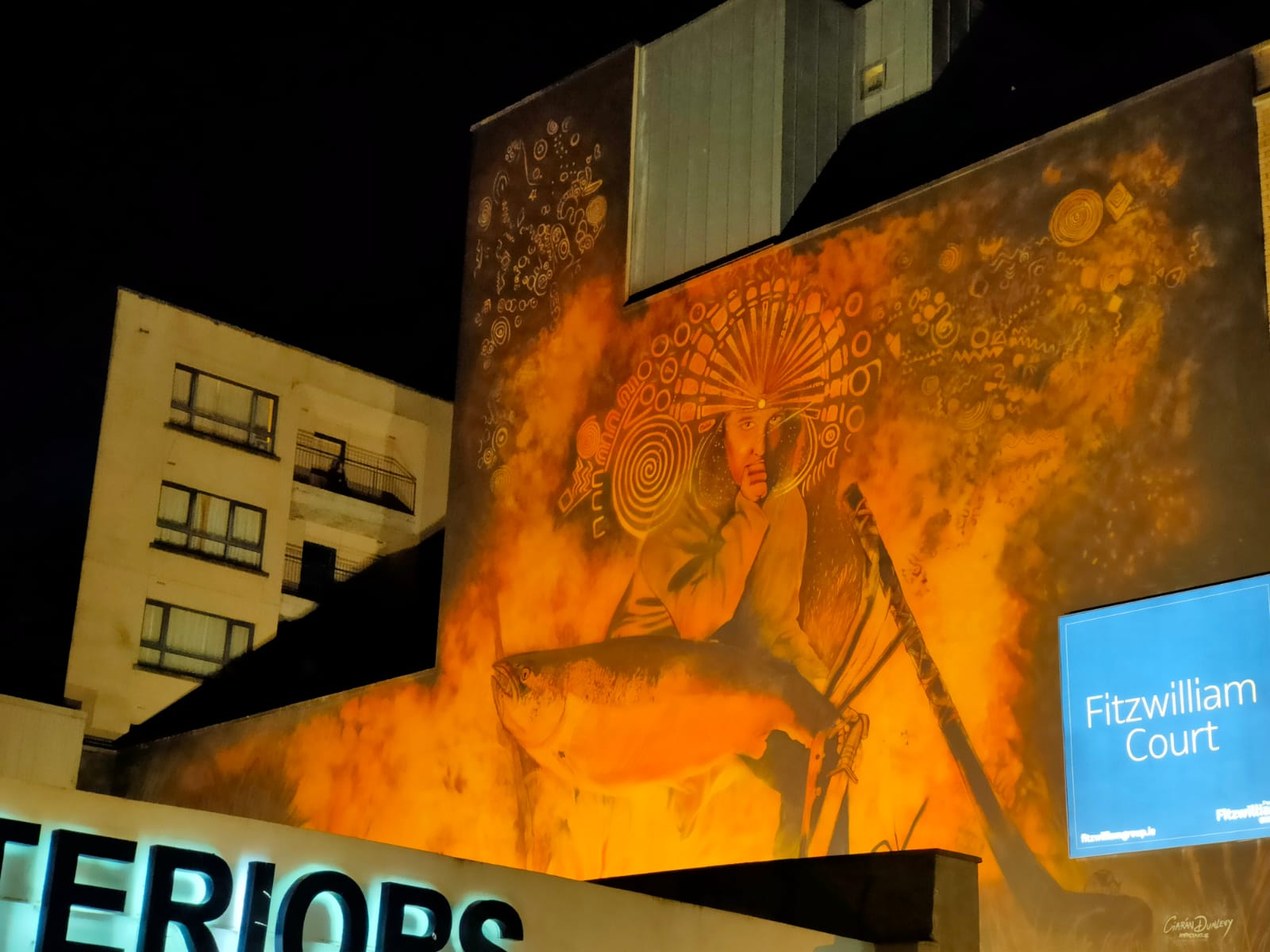 The Salmon of Knowledge mural,
Source: Love Drogheda on Twitter