After 10 years of delays Berlin airport finally has opening date 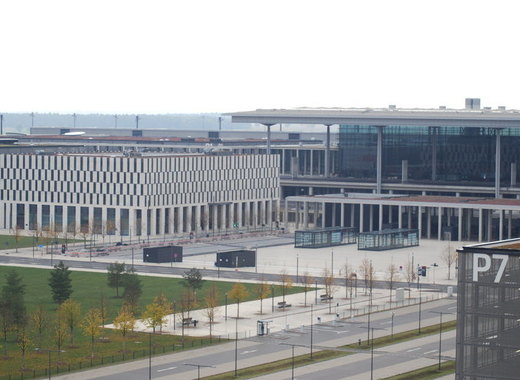 Source: Berlin Brandenburg Airport Tour by Jon Worth on Flickr (CC BY 2.0)

Despite being the capital of Europe’s largest and richest country, Berlin still does not have itself a real airport. Instead, it has been relying on two smaller airport that have been servicing the Eastern and Western parts of the city for decades- Schönefeld and Tegel, respectively.

Planning for the construction of Berlin-Brandenburg International Airport began in in the 1990s and construction began 15 years later – in 2006. Back then, the planners and contractors believed that they would be done with the job in 2011, stating that by March of that year, the airport would be ready to service the first passengers.

Almost 10 years later, the project’s budget size has more than doubled from 2.83 billion euros to over 7 billion euros and it has seen more than its fair share of scandals, drama, corruption cases and bankruptcies.

Construction hit its first major roadblock in 2010 when the main contractor went bankrupt – after that, it just started getting worse and worse. The initial delay led to further problems including the failure to set up proper fire alarm and protection systems – something that would plague the project up until this very year.

Furthermore, the plans that were first drawn up had failed to predict that rapid increase in traffic coming to Berlin and in 2014 it turned out that if the airport was to be completed according to the initial plans, it would be at full capacity on the very first day.

And as we reported just a few months ago, it turned out that tons of nonmetal wall plugs had to be urgently replaced. These latest events even threw the 2020 date into doubt. Yet despite everything – and despite calling it wrong for the past 10 years, the airport’s operators are sure that on 31 October 2020, Berlin-Brandenburg International Airport will finally be able to open its doors.