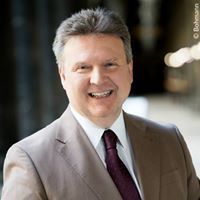 Austrian politician Michael Ludwig has been mayor of Vienna since 2018. He was born on 3 April 1961 in Vienna and holds a degree in political sciences and history from the University of Vienna. Ludwig also serves as the chairman of the SPO Vienna (the local branch of the Austrian Social Democratic Party). He has served as a city councilor in Vienna since January 2007 and was second vice-mayor and deputy governor of Vienna from March 2009 to October 2010.