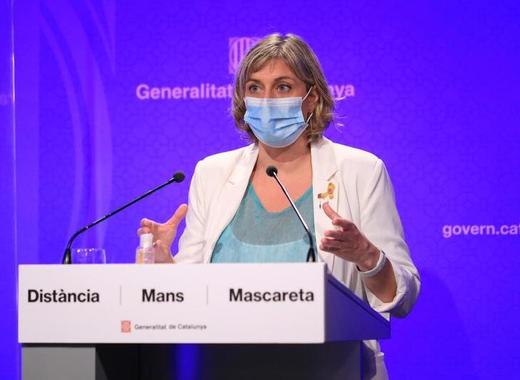 Earlier today the Generalitat of Catalonia, the regional executive government, revealed the repeated imposition of socially restrictive measures in the wake of spikes in coronavirus cases. However, the measures which are supposed to last for 15 days and apply to 14 municipalities in the Barcelona metropolis, do not have a compulsory character.

This kind of recommendatory measures were announced at the beginning of this week in the city of Lleida and its surrounding regions. On Wednesday they were also aimed at some neighbourhoods in L’Hospitalet de Llobregat, a satellite town of the Catalonian capital.

However, after recording 1293 cases in the past 24 hours in the whole autonomous community, the authorities became concerned that the epidemic has once again reached the kind of levels not seen since March.

For that reason, the Generalitat has decided to publish a list of recommendations with the aim of curbing mobility and social activities of the residents.

The strictest of these measures, and the only ones which are compulsory, include the prohibition of gatherings of more than 10 people and the organizing of cultural, leisure and sports events.

It is also recommended to only leave the house for essential reasons, such as work, medical issues, grocery shopping or anything that cannot be postponed.

At the same time, it was stated that libraries, museums and summer camps will remain open. The same goes for cafes and restaurants although these will have to operate at a 50% capacity.

Alba Vergés, the regional Minister of Health, has reminded the public that wearing masks and following strict hygienic rules are still the only ways to prevent infections. Yet, the Generalitat has been unable to officially declare a state of emergency as this is a prerogative of the central administration in Madrid.