The initiative aims to bring down temperatures in the Austrian capital 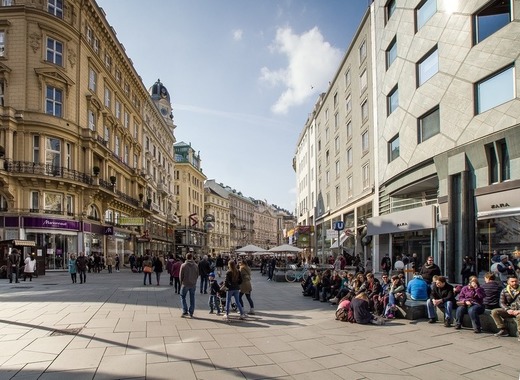 The continent-wide heatwave has been especially hard on Vienna, with temperatures breaking all sorts of previous records. To help citizens survive in the heat, the local government has come up with a new idea of how to bring temperatures down in the city. Meet the “Cool Streets” project.

In its pilot phase the “Cool Streets” project involves streets in three Viennese districts, namely Ottakring, Favoriten and Landstraße. According to the local government’s data, these three areas have been suffering the most from the rapid increase of temperatures in the country. The project itself is the brainchild of vice-mayor Birgit Hebein, from the Green party. It involves the expansion of green spaces in these areas, a more continuous flow of water as well as the introduction of the possibility to organize recreational activities. The city council has set up swings and spray showers to allow children to cool off while playing.

Furthermore, the streets are now completely car-free. Citizens will not be allowed to neither use their cars nor park them in the designated areas. The local government has chosen a “carer” for each street who will monitor the effects of the project and will be there to answer the questions of citizens and register their complaints or suggestion.

The project’s impact will be observed by authorities over the next few weeks to determine its success and assess whether it can be expanded.