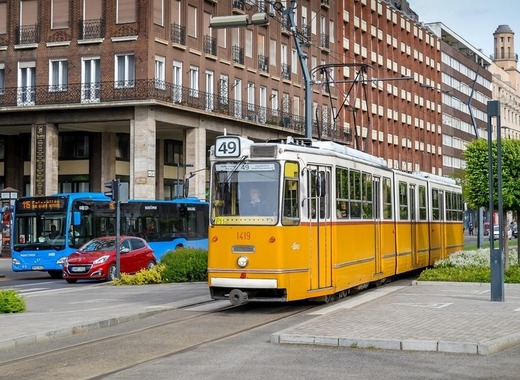 From New Year's Day Budapest jobseekers will travel on the Hungarian capital's public transport system free of charge. This concession, which is expected to facilitate the job seeking mobility of unemployed residents without destroying their budget, is in line with a decision by the municipal council's General Assembly.

A new certificate has been introduced to prove eligibility for the free pass. The travel card is available at selected sales outlets of the Centre for Budapest Transport (BKK).

The mayor’s Christmas present to jobseekers cannot be considered a superficially populist move, as turning Budapest into a socially just city has been one of the pillars of Gergely Karacsony’s election platform. This concern struck a chord with Budapest residents, resonating in a convincing victory for the opposition candidate in the October 13th municipal elections with more than 50% of the vote.

Gergely Karacsony’s priorities during his first year in office include strengthening the social safety net for low-income families, diverting more public money to homeless shelters and improving public transport. The 44-year-old mayor has also promised to increase Budapest’s green areas and combat city pollution (he cycles to work to set an example).

Throughout 2019 the unemployment rate in Hungary has stayed at a record low of 3.5 percent compared to 12 percent in 2010, according to data provided by the Central Statistical Office. This led Minister of Finance Mihaly Varga to state that Hungary's unemployment rate was the fourth lowest in the whole European Union.

According to administrative data of the National Employment Service, the total number of registered jobseekers decreased by 2% to 239,000 at the end of October 2019. 32 percent of unemployed people in Hungary, however, had been searching for a job for a year or more.