How drones help cities during the coronavirus pandemic 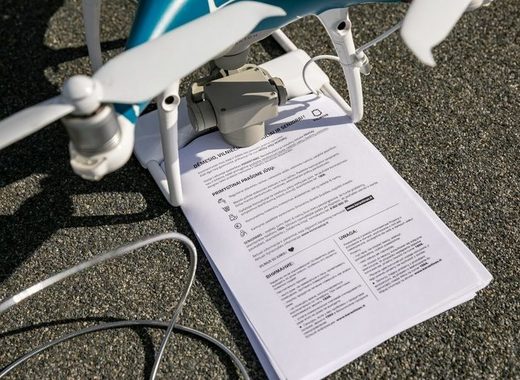 In the context of a global pandemic and coronavirus spreading so easily from one person to another, it is of utmost importance to design law enforcement and food provision solutions that are both efficient and guarantee maximum protection. Apparently, drones prove to be a preferred technology in the fight against Covid-19 in several countries so far.

How drones can replace humans

The main advantage of the unmanned aerial vehicles lies in the fact that drones can go to places that are hard to reach for humans or vehicles, such as high-rise buildings, narrow streets, obstructed roads, etc.

But the most important upshot of drones is probably that they can limit the face-to-face contact thereby reducing the chances of contamination with the new virus. By replacing mundane tasks, performed by humans, they could also prove to be a time and labour-saving solutions.

Drones can carry cameras, loudspeakers or even small items of first necessity, like groceries, medicines, disinfection products and why not even documents to be signed. Here are some examples of their use in Europe.

Warning people off at a safe distance

Since last week, Spanish police have been utilizing drones to reprimand people who do not respect the social distancing and quarantine rules. As reported by BBC, groups and individuals in the parks of Madrid have been disciplined by police officers using the flying machines from a safe distance.

A few days later, the same approach was undertaken by police on the French Riviera. For instance, policemen in Nice and Cannes have been issuing orders and sending safety instructions with drones to enforce the lockdown.

Similarly, the Lithuanian capital Vilnius, too, has been issuing information to older citizens, informing them that they should stay home with flyers delivered by drone.

On top of this, the Municipality of Burgas, a seaside city in Bulgaria, announced that it will be measuring the temperature of its citizens with a thermometric camera placed on a drone. This will take place mostly in the city areas with predominant Roma population, where people live in cramped surroundings  and sanitary conditions are low.

And how about your city? Do you know of any interesting use of drones in the fight against Covid-19? Let us know at office@themayor.eu