How much will the entrance fee to Venice cost?

Tourists will be charged starting from 1st July 2020 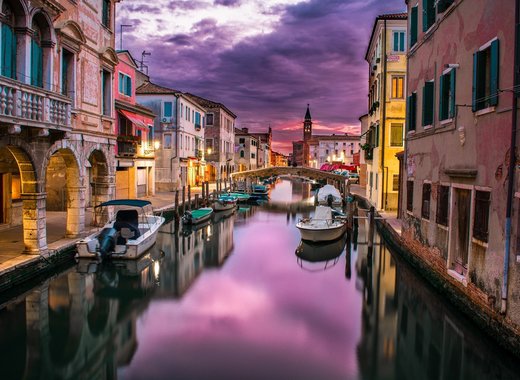 As TheMayor.eu has already informed you, starting from 1st July 2020, the world-famous Italian town of Venice will charge visitors entry fee.  The population of Venice is around 55,000 people, but the attractive city has to cope with between 20 and 30 million tourists every year.

Luigi Brugnaro, the Mayor of Venice, has announced that the charge would apply to day trippers only, not to those staying overnight. The city council will levy the entry fee, which will initially vary from a standart rate of 3 euros to 6 euros on busier days, rising to 8 euros during the peak summer season.

From 1st January 2021 the standard daily rate will increase to 6 euros, rising to 8 euros in busier periods and 10 euros in the peak summer season. Cruise ships carrying day-trippers will pay the city's port authority a flat rate of 5 euros per person per day in 2020, rising to 7 euros in 2021.

Venice Municipality is planning to install ticket machines across the city. People visiting the lagoon city for academic, business or family reasons will be exempt from the fee.

Venice attracts thousands of day trippers in the peak summer months, including large numbers of cruise ship passengers, who escape the existing city tax charged by accommodation providers. These short-term visitors who practice the so-called “hit and run tourism” are accused of contributing little to nothing to the local economy.

The plan for an entry fee levy could bring in an extra 50 million euros a year to the municipal budget, according to official estimates. The new charge is unlikely to prompt anyone to cancel their trip, but the City Council says it will provide extra funds to help pay for maintenance and security in the fragile city centre.