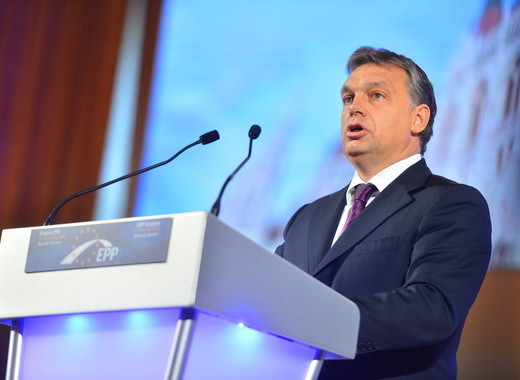 Election season is yet again underway in Eastern Europe with Poland and Hungary’s ruling parties gearing up to further solidify their grips on power on 13 October. But while Poland is heading for a parliamentary election, citizens of Hungary will be choosing their local representatives, mayors and members of city councils.

Local governments are not only the public servants closest to citizens, but they are also responsible for the delivery of concrete results in their respective constituencies to their parties. In a nigh-autocratic regime, the sole raison d’etre of a party’s local representatives is to ensure the continuing stability of the central government – by any means necessary.

With the political situation heating up in Europe once again following a long summer recess, all eyes are on the Eastern front, where one can clearly observe the latest and potentially even last attempts of opposition parties to band together against their governments.

A recipe for disaster

Viktor Orbán – the man who once styled himself a liberal reformer of a post-soviet country, has turned into precisely the thing he professed hatred for 20 years ago. The Hungarian strongman has been in power since the collapse of the Hungarian Socialist Party in the 2010 elections and has managed to transform the political landscape in his image.

Following an electoral reform approved in December 2011, his party, Fidesz, has been securing seats in parliament and city council as well as mayorships across the country. The first past the post system (FPTP) has been instrumental in Orbán’s tightening grip of power – and it is more than likely that it will play a vital role yet again on 13 October.

To put it simply, FPTP allows for candidates to be victorious without winning a majority of the votes, but rather a plurality. So long as a candidate wins a single vote more than the runner-up, he is declared the winner – no matter what percentage of votes he actually accumulated.

The lack of a 2nd round in elections has played perfectly in the hands of Orbán as he has been benefitting from the greatly split opposition being unable to rally behind a single candidate. Since 2010, Fidesz has been consistently polling over 40%, reaching a new high in the European Elections in May when he won 52% of the votes across the country.

For almost a decade now Viktor Orbán’s rule has remained practically unchallenged. The immensely popular social programs combined with a turn towards conservative Christian values, sprinkled with constant far-right propaganda have been a smashing hit with a majority of Hungarian society.

Yet there is one place where the grip of Fidesz is not as strong as the government would like, namely the capital of Budapest. As is the case in pretty much every western country, larger urban areas and cities tend to be far more liberal and progressive than their rural and remote counterparts.

This presents an immense challenge for the ruling party as its messaging and campaigns are pretty much geared towards everyone besides citizens of Budapest. Yet a loss in the country’s capital would potentially be a major blow to the image carefully cultivated by Viktor Orbán and regurgitated by state and foreign media - the image of a leader who is absolutely unstoppable.

This inherent weakness of the Fidesz regime has so far remained relatively unexploited, due to the opposition parties’ unreconcilable differences. Yet 9 years after Orbán first rose to power, this has finally changed.

The results of the European Parliament elections in May were an enormous victory for Hungary’s ruling party. Yet in the backdrop of the success, there was a palpable feeling of vulnerability felt in Budapest, where Fidesz managed to secure 41% of the vote.

The apparent weakness of the regime in the country’s richest and most populous city gave opposition parties yet another boost in their efforts to rally behind common candidates for Budapest as a whole and for its 23 districts.

The coalition talks brought together the liberal Momentum party, the social-liberal Democratic Coalition, the Hungarian Socialist Party and the green Dialogue for Hungary and Politics can be Different parties. Together, after months of negotiations, they managed to successfully create a common platform to challenge the status quo in Budapest.

Furthermore, in their pursuit for the mayorship of the city, they are being somewhat assisted by the far-right Jobbik, who will not be fielding a candidate at all.

Gergely Karácsonym the opposition’s common candidate for mayor of Budapest will be facing the Fidesz incumbent István Tarlós, who won the last elections in 2014 with 49% of the vote.

One of the main problems for the opposition remains the first past the post system. Unfortunately for them, not every single party has gotten on board with the already-established coalition and candidates who are opposed to Fidesz might turn out to be Orbán’s greatest asset as they will draw support away from the opposition's platform rather than the government's.

All hands on deck

With the elections coming in just over a week it should come as no surprise that everyone is counting on a bit of a boost from outside the country as well. For Mr. Orbán this has been his image as the strongman solely responsible for the nomination of Ursula von der Leyen as Commission President.

Opposition parties, however, have been relying on other, less direct boons – such as the rejection of the government’s candidate for Commissioner by the European Parliament’s Legal Affairs Committee – or the ongoing and ever-present rule-of-law investigation spearheaded by MEPs.

These local elections might prove to be the make-or-break moment for the unified opposition. Their success hinges on far too many unpredictable factors, yet unlike in the past, they actually stand a decent chance of making a dent in the Fidesz regime.