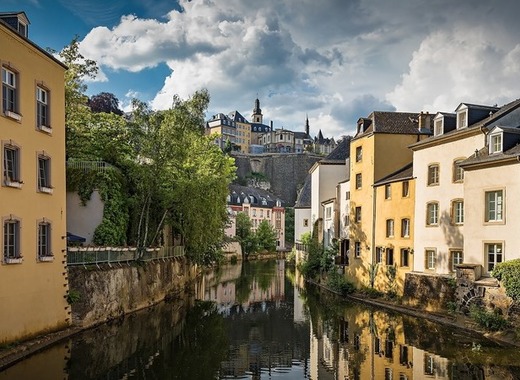 A couple of weeks ago the Prime Minister of Luxembourg announced an extraordinary measure which aims to give a boost to the tourism sector in the country. Xavier Bettel promised free vouchers for a night of accommodation in the Grand-Duchy.

All citizens and workers from the border regions above 16 years old can benefit from the deal. Soon, the 700,000 vouchers will be on their way.

Focusing on tourism of proximity

As a means to help restart the tourism industry after months of lack of economic activity, caused by the coronavirus lockdown, the Government of Luxembourg will be delivering 3,500,000 euros in the form of vouchers worth 50 euros. They must be spent on one night in tourism accommodation establishment in Luxembourg.

Last week the Minister of Tourism Lex Delles explained that the 700 000 vouchers will be distributed to all beneficiaries at the beginning of July. Their validity will be until the end of the year.

The money cannot be spent on meals or activities but can be combined within one family or a couple – for example, two persons can combine and have 100 euros deduced of their accommodation invoice for one night. The vouchers will be identifiable with a personal QR code, which should also make them easier to use.

The measure is part of the tourism recovery strategy of Luxembourg, which focuses on tourism of proximity. Hence, the country wants to attract tourists who can arrive by car, which includes those from the neighbouring countries – Belgium, France, Germany.

The importance of business tourism

Luxembourg will certainly be striving to keep its image of an attractive business destination in the upcoming months of years. As of January 2020, the population of Luxembourg is 626,108 inhabitants, 47% of which are not Luxembourg nationals (STATEC).

One of the characteristics of the small country is its landlocked position between three EU member states, which makes it attractive for transit journeys and for border workers. Furthermore, Luxembourg is the seat of several EU institutions and agencies, which enhances the traffic to the country. Now, this measure can motivate all commuters who travel daily to and from Luxembourg, to spend a night in the country, explore it - and of course, consume more.