Luxembourg to improve city communication with a new mobile app

Its future users have participated from the start of the development 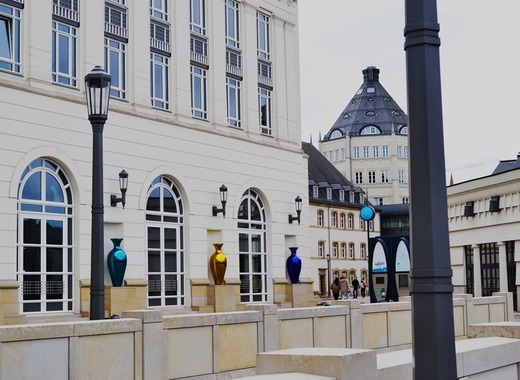 The City of Luxembourg's new smartphone application - a mobile app made by the citizens for the citizens aims to make living, working and travelling in the capital of the Grand-Duchy easier. The new cityapp – VDL was presented by the Mayor of Luxembourg City Lydie Polfer on Tuesday 29 September.

Available in three languages (English, French and German), it boasts many new functionalities, which evolve depending on the situation of the user in the city.

Everything worth knowing about city life in Luxembourg in your hands

In order to make the new city app more functional, Luxembourg has made efforts to involve its future users from the very start of the development. Since February 2019, several surveys summarised the real needs of 1,700 people, potential users of the app. They were taken into consideration in the 7 months of the development.

The app was put to the test in august and made ready to launch at the end of September. The current service, developed by the PR and Communication service of the city, together with the IT service and Autobus is expected to reflect the real needs of the future users as a significant amount was invested in its development - 347.211,54 euros including taxes.

Cityapp is free to download and available on both the Apple Appstore and Google Play. It can give users information on various topics of everyday importance, such as the time of departure of buses, free parking spaces, available public bikes, waste collection, cultural attractions or sports facilities. It also has functions allowing users to easily report issues and submit complaints, or quickly receive additional information about services via a QR code.

The application is aimed to add value to the city's new website, launched in 2017, and in particular – to its mobile version, which has so far been the dominant information hub for smart device users from Luxembourg. With city-app – VDL, a new responsive element was added, as the set of functionalities, information flow and interface change, depending on the user’s geolocation or whether he or she is a local resident, a tourist, or a worker.