Latest in Education and Sport

Meta to open its first global academy in Marseille

Students in Ireland stage walkout in protest against the housing crisis 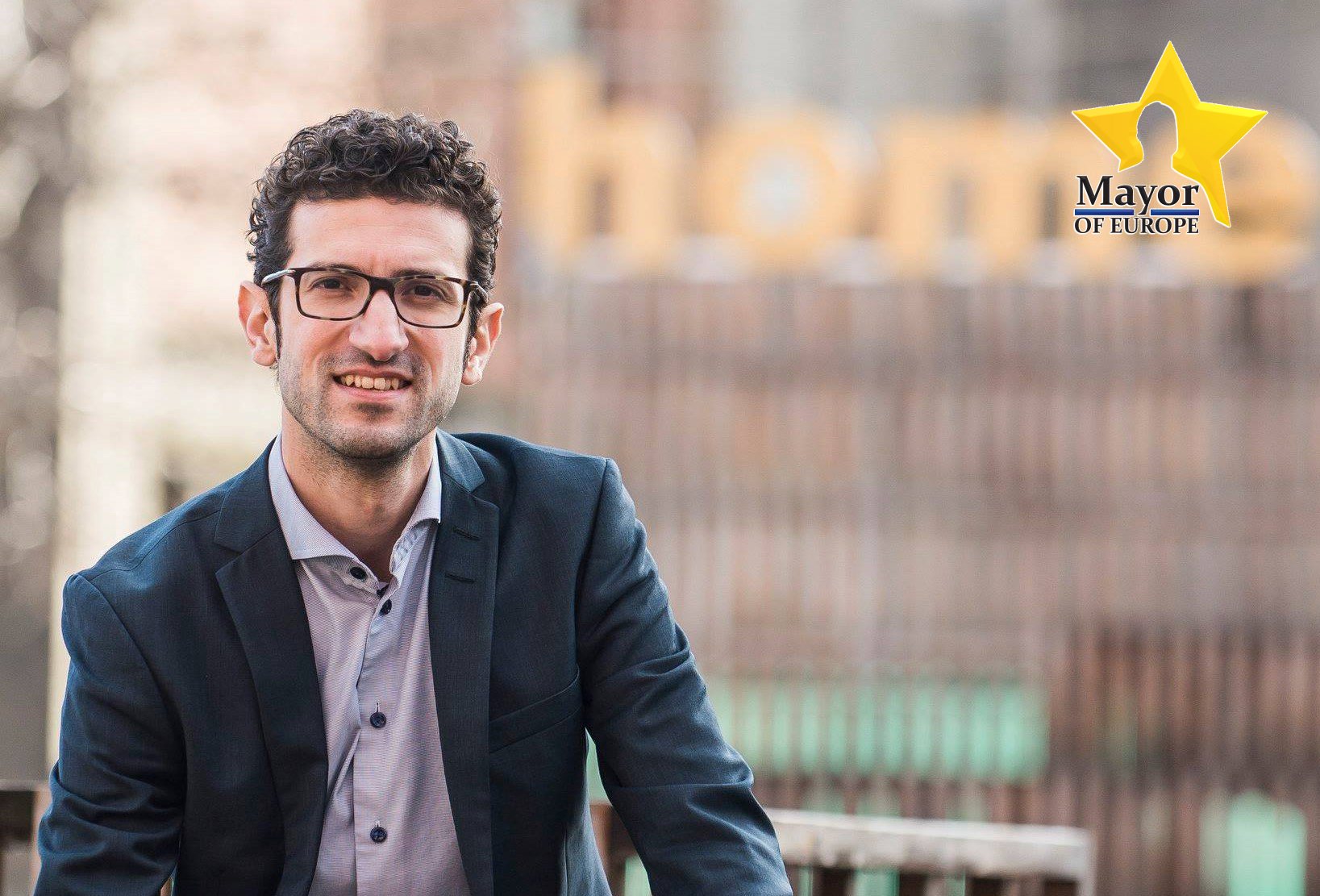 Nowhere is the power of community
more tangible than in education

Mohamed Ridouani was elected to serve as the mayor of the Belgian city of Leuven in 2018, having previously been responsible for Education, Sustainability, Economy and Urban Development.

He was elected on a platform promising to turn Leuven into one of the most caring, sustainable and investment-attractive sites in Europe, and to some extent, that dream is already under construction.

Since his inauguration, the city has won multiple awards like: Best European City for Sport, Flemish Cycling City, European Capital of Innovation and more.

Leuven wants to ban smoking and e-cigarettes on 100 playgrounds

Mr Ridouani, you have had a chance to take part in or spearhead many key policy decisions during your career in local government. What achievements you are most proud of and what determined your focus on education and sports?

Urban development reaches further than buildings and public spaces. It is about everything that makes you move forward as a community. And moving forward starts with education, as it is the engine of progress on an individual and social level.

Together with schools and many partners, we work every day on education that offers each student the opportunity to become the best version of themselves. That’s why I rolled out the buddy project a few years ago, in which volunteers provide homework support to children growing up in vulnerable situations. A project of which I am very proud and which was later also adopted by the Flemish Region.

Sports are also very relevant to society. It improves our physical and mental health, but more importantly, it connects people. This was very noticeable during major events such as the World Cycling Championship in Leuven last year.

That is also why it is important to invest in accessible sports infrastructure for everyone. It gives residents, regardless of their background, home situation or origin, the chance to connect, learn and grow.

In that regard, we collaborate strongly with football club OHL, which trains young people living in vulnerable environments to become football coaches. As neighbourhood coaches, they organize weekly football training sessions for young people from their own neighbourhoods.

In a 2019 interview for TheMayor.EU, you mentioned the Leuven 2030 plan, a long-term strategy for reducing emissions. Have global events in the past two years changed that strategy or delayed your schedule?

On the contrary, the corona pandemic has shown us how important it is to take care of our health and environment. The current energy crisis, which affects people in difficult situations much more profoundly, also underlines the importance of greater energy independence for society as a whole.

That’s why we are working even harder on our ambition to make Leuven climate-neutral by 2030. Leuven was recently awarded the title of European Capital of Innovation for the way in which we work together with all levels of society towards a caring, sustainable and resilient society with and for all.

Leuven was also selected as one of the European Commission’s 100 Climate-Neutral and Smart Cities by 2030. We are proud to be a lab for the future, where the solutions for a climate-neutral Europe take shape.

In 2021, your city was nominated for the Flemish Cycling City award and you have been working towards a modal shift away from personal vehicles. How would you describe the progress so far? Where were you in 2019 and where are you now?

Since the introduction of the circulation plan in our city centre, bicycle use has increased by more than 44%. We keep working on an inclusive and accessible mobility plan for the city centre and our boroughs, with better bus connections and the development of mobility hubs. Hubs that bring together public transport, shared electric mobility and shared bicycles, which makes it easy to switch from one mode of transportation to another to reach your destination efficiently, affordably and in a sustainable way.

Recently, we equipped these mobility hubs with shared electric cargo bikes. We also expanded the ’30 km/h zones’ for motorized vehicles in the city centre to our boroughs. A recent survey shows that our inhabitants opt for the bicycle more often, but they also feel safest riding a bicycle here compared to other Flemish cities. These encouraging results motivate us to keep working on the modal shift in Leuven.

Back in October 2021, Leuven received the Best European City for Sport award. Do you think that this win could cause a certain level of complacency in the administration or, on the contrary, a boost in confidence and ambition?

Through policy, but also with numerous external partners, we work hard every day on a comprehensive and accessible sports policy for our inhabitants. A title like this doesn't just fall out of the sky. It is the result of a lot of work and dedication, not only to prepare a candidacy but more importantly to set up the projects and policies needed to have a shot at the title in the first place. Having now received it – and with it the recognition of our efforts – we mainly feel proud and motivated to do even better.

You have mentioned before that you focus on structural cooperation between public and private actors in the city. How does that relate to education in the overall ecosystem of services in Leuven?

Nowhere is the power of society more tangible than in education. Education is the engine of progress. For the individual, but more importantly: for society as a whole.

I have experienced that like no other. It is thanks to the community around me that I was able to make my dreams come true. I couldn't have done it without the community centre volunteers who helped me with schoolwork or without the teachers I had over the years.

And even more important than the school help: they helped me believe in myself. They helped me feel at home in the city which allowed me to become its mayor. That sense of belonging, the feeling that you are part of society, gives you strength. Society gave me opportunities, gave me faith in myself, and confidence that I had the capacity to aim high.

In order to strengthen this social power, I started Making Education Together (SOM) in 2015. This is a network of educators, support staff, volunteers and the city of Leuven.

They cooperate structurally to offer every pupil/student the opportunity to become the best version of themselves, both during and after school hours and assume a rightful place in society. In this regard, diverse and inclusive education is one of the most important levers.

Considering the constant shift in global events and all the challenges a local government faces, can municipalities confidently plan for years in the future?

You won't get there without trust and long-term planning. Just think of all those major societal challenges such as climate, poverty, housing… These are long-term tasks and they are all related.

It's like a puzzle from which you can't cut too many pieces, without losing the bigger picture. And unexpected things happen, from small things to world crises such as the coronavirus pandemic. But we have to keep faith in the administration, and in society, that we are strong enough as a whole to deal with those crises while continuing to strive for a caring and prosperous future for all.