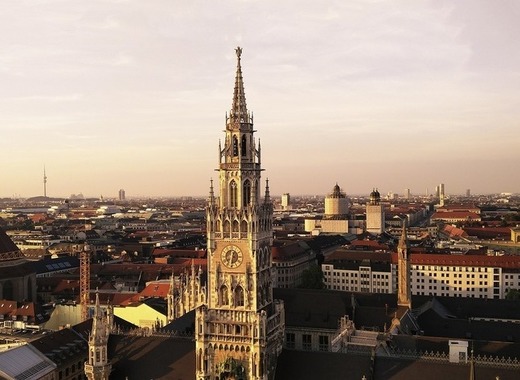 The coronavirus pandemic proved to be a major driver for change in European societies. The precautionary measures that each of us has had to take and embrace in our daily lives have resulted in tectonic shifts of behaviour. One such shift can easily be observed in Munich, where locals drifted away from public transport and instead opted for another, more environmentally friendly and healthy alternative – namely cycling.

The surge in the use of bicycles throughout the lockdown has forced local officials to rethink their approach to urban mobility and more specifically to take into consideration the increased prevalence of cycling.

Changing for the better

As a result of the massive shift towards cycling, the local government in the Bavarian capital of Munich decided to create the city’s first “pop-up bike lanes”. The first of these lanes was inaugurated on Elisenstraße by Mayor Dieter Reiter himself, with 4 other streets soon to follow.

"With these pop-up bike lanes, the city is responding to the changed framework conditions in the pandemic period. I am happy for all cyclists that the temporary bike paths will all be implemented this week. In the next few months, we will monitor the changed situation in the five streets closely and will also include the feedback from the district committees and the citizens," stated Reiter.

The decision for the creation of the pop-up bike lanes was taken at the end of May and the City Council moved quickly to implement it in order to create safer and more accessible pathways for the increased number of cyclists in Munich. It is worth to note that these new lanes, put on top of regular vehicle paths are only temporary. Their use will be suspended in October unless another decision is taken by the Bavarian’s capital’s local authorities.