New Budapest mayor Gergely Karácsony – consensus builder with a cause 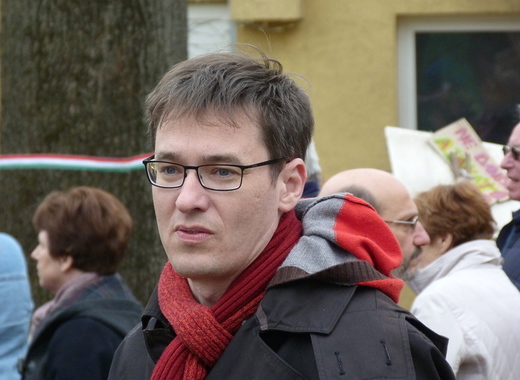 Opposition candidate Gergely Karácsony, 44, who entered the race for a mayor of Budapest on a platform of a greener and socially just city, won the October 13, 2019 municipal elections with more than 50% of the vote. He not only defeated incumbent mayor and Fidesz favourite István Tarlós but did it in defiance of an image-smearing media campaign and a threat to face some withdrawal of federal funds in case he won.

Karácsony said in the interview with The Guardian that he would like to cooperate closely with the liberal mayor of Warsaw, Rafał Trzaskowski, and other central European counterparts in order to offset the confrontational attitude towards Brussels adopted by Hungarian and Polish authorities in recent years.

Green and just city of Budapest

Apparently Gergely has made good use of both his theoretical background as a political scientist specializing in electoral behaviour, public opinion and election campaigns and his political practice – he was an MP and mayor of one of Budapest’s districts.

Ever keeping a keen eye on social imbalances, he has outlined his priorities during his first year in office: strengthening the social safety net for low-income families, diverting more public money to homeless shelters and improving public transport. He has also promised to increase Budapest’s green areas and combat city pollution (he cycles to work to set an example).

Gergely says his political philosophy is all about compromise and building consensus, but that he will never backtrack on his principles and is ready for a fight when necessary.

One such battle opportunity may prove to be the future of the Central European University, founded by PM Orbán’s arch-enemy - billionaire financier and philanthropist George Soros. The university has been forced to move some of its courses to Vienna after it was denied accreditation to issue US degrees in Hungary. The new mayor however has asked the institution to keep as many courses as possible in Budapest and wants a new scientific academy centered on research and innovation to be set up at CEU.