Poland ramps up fight with European Commission in LGBT spat

After the EU cut funding to “LGBT-free” towns in Poland, the Polish government announced that it will be providing them with additional support 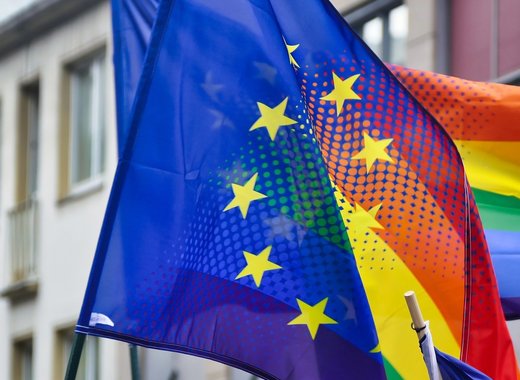 Over the last few years, Polish authorities have been engaged with a constant fight with the country’s LGBT community. Mostly used as a way to generate additional votes shortly before an election, the practice culminated in the creation of the so-called “LGBT-free zones” and towns across the country. The new zones aimed to signify that a local government is standing against LGBT propaganda and were widely supported by the incumbent authorities from the ruling Law and Justice party (PiS).

Yet the entire ordeal did not rest easy in the eyes of the European Commission which after initially just offering harsh words to those officials declaring their municipalities as LGBT-free, have recently moved ahead with hitting them where it hurts – namely in the distribution of EU funds.

Escalation instead of acceptance

Earlier in July, Helena Dalli, European Commissioner for Equality, announced that the Commission will be cutting twin municipalities funding to those Polish cities and towns that have been engaged in the LGBT-free discriminatory practice. The announcement was met with equal parts outrage from the Polish establishment and joy from LGBT activists who celebrated the EU executive’s decision to protect the rights of minorities in Poland.

This, of course, was not the end of the story, as earlier today Polish Justice Minister Zbigniew Ziobro announced that all those 6 towns (5 of which have remained unnamed) that were sanctioned by the EU will be receiving special funding from the government in order to compensate them for their loss.

Ziobro made the announcement at an official ceremony during which he handed a check of 250,000 zloty (around 57,000 euros) to the mayor of Tuchow – one of the cities that were subjected to the Commission’s sanctions. During his statement, the minister, representing the far-right Catholic-nationalist United Poland party, lambasted the European Commission by saying that Brussels was acting out of ideological conviction and without adhering to the law.

Picking fights with the country’s LGBT community, and in extension with European institutions, has been a favourite pastime and electoral motor for Poland’s government over the last few years. During the 2019 local elections, authorities ramped up their anti-LGBT rhetoric,  and more recently, during in the lead-up to the 2020 presidential elections, President Andrzej Duda also dove deep into the hateful toolbox, claiming that LGBT activism is akin to an ideology and is “more destructive than communism”.