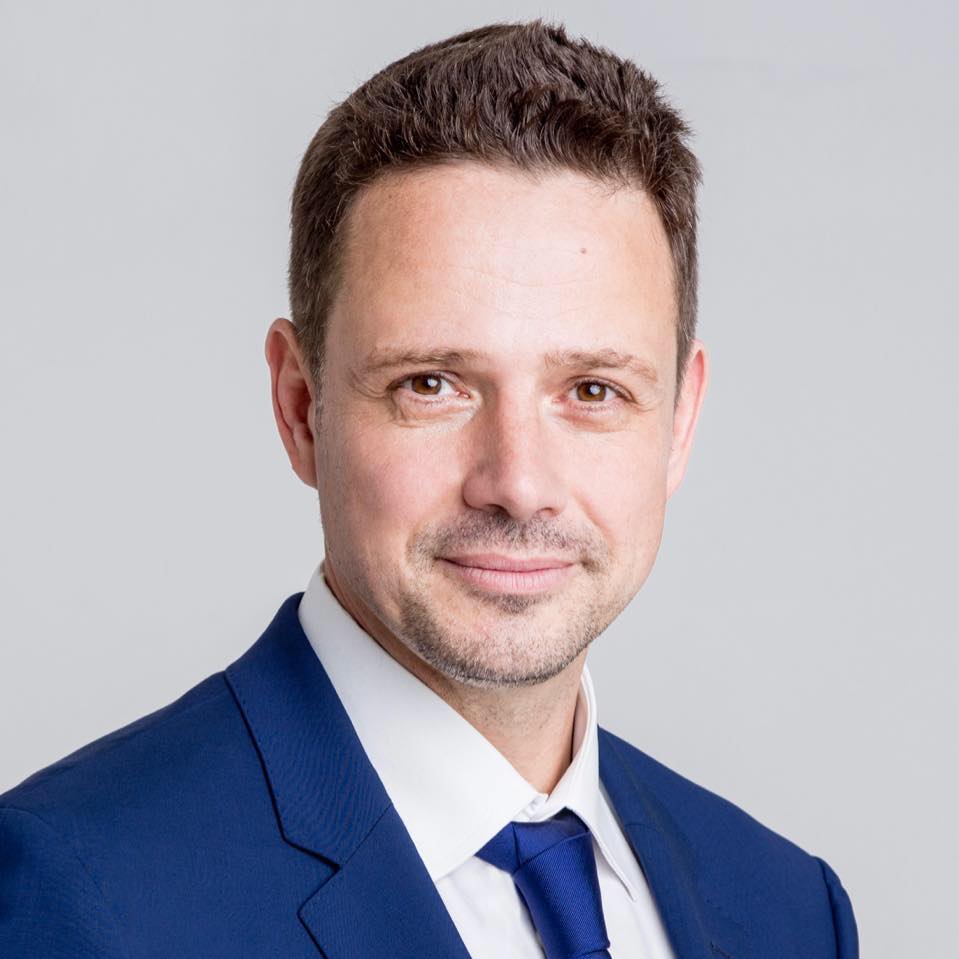 Rafał Trzaskowski is the current Mayor (President) of Warsaw. He was born on the 17th of January 1972 in Warsaw.

Trzaskowski gained important national political experience as a Minister of Administration and Digitization (2013-2014) as well as Secretary of State in the Ministry of Foreign Affairs (2014-2015). Rafał Trzaskowski was sworn in as Mayor of Warsaw at the 1st session of Warsaw City Council for the 2018 - 2023 term, after obtaining 56.6% of the popular vote in the elections held on 21st of October.

In 2020 he was chosen to run as the Civic Platform's candidate for President of Poland. He made it to the second round but lost to incumbent president Andrzej Duda with a narrow margin.

Trzaskowski is also an analyst and university lecturer. Married with two children.