On 1 February, the Croatian city will greet visitors with tons of events, performances and cultural activities 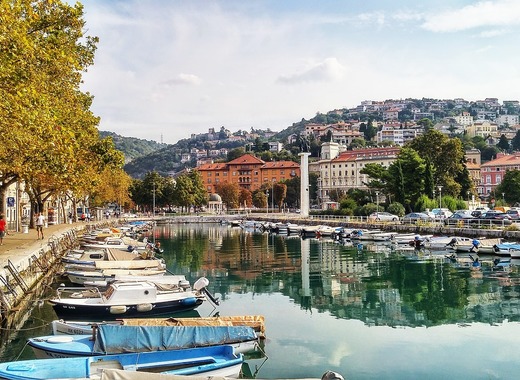 As you might have heard or read on our website, the Croatian city of Rijeka is Europe’s Capital of Culture for 2020, alongside Galway, Ireland.

On 1 February, however, Rijeka will give citizens and visitors of the city a glimpse of what is to come throughout the year. Through a programme that makes up an awe-inspiring opening ceremony, the Croatian town will set the stage for a year full of cultural events.

Be the first to experience what Rijeka has to offer

Through the collaborative efforts of businesses, organisations, artists, performers and local authorities, 1 February will be jam-packed and full of all kinds of performances and opportunities to have fun.

Just within those 24 hours, the city will be offering over 70 events at 30 different locations throughout the urban area. Among them are numerous DJs, rock concerts, fashion shows, song and dance performances, artistic installations, a dance night for pensioners and the elderly and much, much more.

The main event of the opening ceremony, however, will take place at the Rijeka port – one of the city’s symbols and most important locations. Over 100 performers will take part in the ceremony held in the Opera Industriale, delivering not only a great show but also emphasizing European values, through a strong anti-fascist message, embedded into the history of Rijeka itself.

The ceremonial part of the opening ceremony is set to be held at the Croatian National Theatre Ivan pl. Zajc. Numerous high-ranking European and Croatian officials will attend the event and will deliver speeches after observing a short on-stage music performance. After the official part of the ceremony is over, dignitaries will join regular citizens and visitors of Rijeka at the Rijeka Port for the main opening ceremony.